Pregnant in the WNBA

I was at the same time cheered and chagrined to read an article in the New York Times Sports Section last weekend (January 24) about WNBA star Candace Parker’s effort to balance career and family. I was pleased to read yet another example of a high achieving woman making choices about finding the...
MomsRising Together
Ellen Galinsky
Family Economic Security

Me and Caroline Kennedy

When Caroline Kennedy wanted to be considered for Hillary Clinton's seat in the US Senate, a number of articles appeared presenting her as the icon of mid-life womanhood, returning to the workplace after years spent in the home raising children. To which I thoughtfully responded, "Huh?"
MomsRising Together

Excerpt from Your (Wo)man in Washington
MomsRising Together

Did you know? • Nearly half of North Carolina workers, 1.6 million people, lack a single paid sick day . • 64% of all North Carolina married families with children send both spouses to work. • Research by the Institute for Women's Policy Research shows that providing workers with paid sick days...
MomsRising Together

Our work to bring paid sick days to Washington DC is just getting started! So far, our 4,880 members in the Washington, DC area sent in over 3400 letters to the DC City Council. We've teamed up with the DC Paid Sick and Safe Days Coalition, led by the DC Employment Justice Center, to get the word...
MomsRising Together

Right now, almost half of all workers in Illinois don't have a single paid sick day. Too many Americans are forced to go to work sick, to choose between taking time off to care for a sick child or losing a day's pay, or even end up losing their jobs when illness strikes. It's time to solve this...
MomsRising Together

Are you thinking about re-entering the workforce after time at home? These tips, tools, and resources will help: - How to Prepare to Return to Work, by Maggie Jackson. Describes difficulties following the decision to return to work; describes resources and programs for opting back into the...
MomsRising Together

Ohio, like every other state in the nation, has no law allowing workers to earn paid sick days to protect public health. A startling example of why this is so important occurred in April: A Chipotle Restaurant in Kent closed its doors after people who ate there became ill. A total of 432 peopl e...
MomsRising Together

Maternal Profiling was recently reported on as one of the new buzzwords of 2007 in the New York Times (and members of MomsRising were credited with introducing this term into our national consciousness!). They defined it as: "Employment discrimination against a woman who has, or will have, children...
MomsRising Together

Getting Back on the Career Track

Would you like to return to the paid labor force but are concerned about how to find an opportunity that will allow you to fulfill your family or other non-work obligations, nervous about how to “market yourself” to potential employers, or unsure about what type of work you want to do? We know how...
MomsRising Together 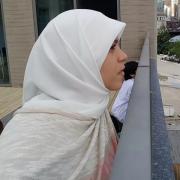 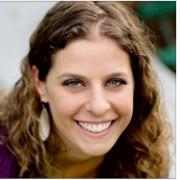 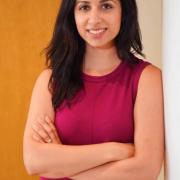 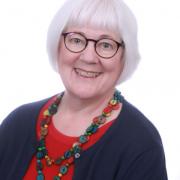 END_OF_DOCUMENT_TOKEN_TO_BE_REPLACED

Sign up for our Feed Your Baby: Formula Shortage newsletter so you can stay updated
Stop violence by fighting white supremacy
Paid leave is critical to all families
Top #5Actions of the Past Week: Friday, May 13, 2022
Formula update: The bottle is starting to look half full.
END_OF_DOCUMENT_TOKEN_TO_BE_REPLACED