This is our story

First, a handful of women came together, and then that handful became hundreds, the hundreds became thousands, and through friends telling friends, MomsRising is now more than a million members strong and growing!

At MomsRising, here's what we know

Every single one of us can have an impact. And together we are a powerful force.

What does MomsRising do?

We take on the most critical issues facing women, mothers, and families by educating the public and mobilizing massive grassroots actions to:

How are we unique?

MomsRising combines the best of American innovation and ingenuity. We are a transformative on-the-ground and online multicultural organization of more than a million members and over a hundred aligned organizations working to increase family economic security, to end discrimination against women and mothers, and to build a nation where both businesses and families can thrive.

MomsRising is also a new media outlet with over 3,000 bloggers and a combined estimated blogging and social media readership reach to over 5 million people.

Learn more about our issues

We're a bootstrap, mom-run organization and contributions from people like you fuel the MomsRising movement.

A summary of us!

In short, MomsRising.org is an on-the-ground and online grassroots organization of more than a million people who are working to achieve economic security for all moms, women, and families in the United States. MomsRising is working for paid family leave, earned sick days, affordable childcare, and for an end to the wage and hiring discrimination which penalizes so many mothers. MomsRising also advocates for better childhood nutrition, health care for all, toxic-free environments, breastfeeding rights so that all children can have a healthy start, and a national budget that reflects the contributions of women and moms. Established in 2006, MomsRising and its members are organizing and speaking out to improve public policy and to change the national dialogue on issues that are critically important to America’s women and families. In addition to being a grassroots force, MomsRising also has a strong readership reach: With over 3,000 bloggers, in 2013, Forbes.com named MomsRising's web site as one of the Top 100 Websites For Women for the fourth year in a row and Working Mother magazine included MomsRising on its “Best of the Net” list.

...to get current info on the best ways you can make a difference — and invite friends & family to sign on too!

In my experience MomsRising is one of the smartest and most effective advocacy groups that I've seen across a full range of issues. 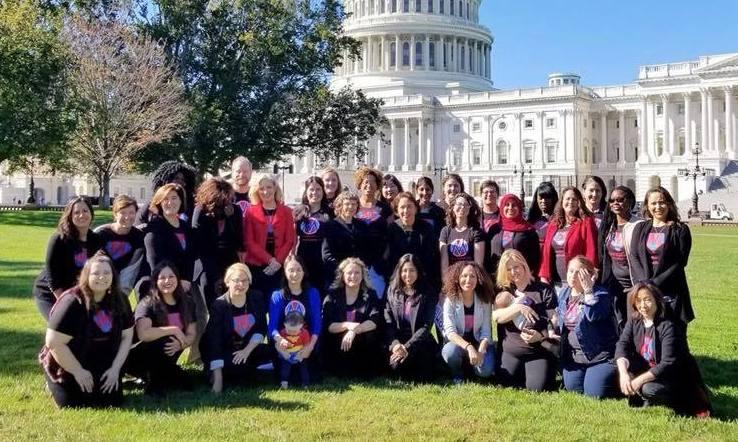 Covering all 50 states, the MomsRising Team is unified by a mission of increasing family economic security, decreasing discrimination, and building a nation where both businesses and families can thrive.

Being a mother to two (soon-to-be three) children under the age of 4 while working in a restaurant has been a challenge. Scheduling has always been as issue as a server often doesn’t receive a schedule until 2 or 3 days before it begins. This makes it difficult to find the childcare I need for my... END_OF_DOCUMENT_TOKEN_TO_BE_REPLACED
Cassie, Candia, NH

Moms are rising all over this country. That's why we're growing our outstanding team.

Check out our current opportunities.