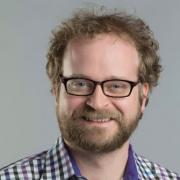 Nate White is Vice President, Online Fundraising & Member Growth and Chief Technology Officer at MomsRising. He started his career in disability movement as a technologist and trainer at Oregon Health & Science University (OHSU) where he worked to make hardware, software, and websites more accessible. He trained hunders of developers through workshops and conference presentations on accessibility in education. He developed a pilot program in Oregon to create accessible vote-by-mail ballots for blind and visually impaired voters.

After moving to Minnesota in 2005, Nate led the development of Carleton College's content management system (CMS), Reason CMS, and released it as open source software. The system is now used and co-developed by a network of Midwestern liberal arts colleges.

What’s the best advice you got from a child?

“After a Viking’s loss to the Greenbay Packers, my daughter said, ‘Well, at least they got on the field. It’s good to try even if you don’t win.’”

February 22, 2020
Last week we asked supporters to contribute to help us fight the lies , and we struck a chord. Our campaign triggered attacks: We had to report a threatening phone call that targeted Gloria and Kristin . One thing is clear - moms and families are sick and tired of the lies and disinformation coming from a president who the Washington Post says has made 15,413 false or misleading statements over the last 1,055 days.1 Fighting for women, moms, and families is not easy work, and frankly, it's not always safe. Some people might attack us, but we'll never back down . This work is too important. We... 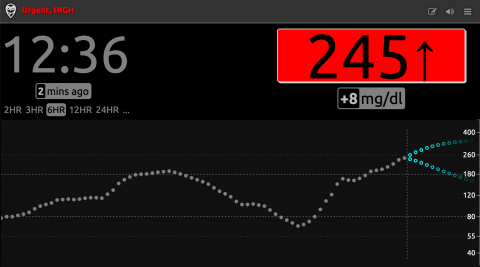 May 16, 2019
6 months ago, if you’d asked me whether I’d be purchasing my 8 year-old daughter an iPhone and an Apple Watch, I would have given you the stink eye. Now she has both, as well as an insulin pump and a continuous glucose monitor (CGM). Why? Because she was diagnosed last fall with Type 1 Diabetes (T1D).
MomsVote

October 10, 2014
Google is making it easier for people to vote! If you search for "How do I vote" or "register to vote" or lots of other things you'll get localized, detailed information on how / where to vote, including (at least for Minnesota) information on how to check your registration status. Try googling "how do i vote" - and you can read this article for more: http://time.com/3486399/google-vote-tools/ Cool stuff!