Thanksgiving: Just When You Thought It Was Safe To Eat Pie 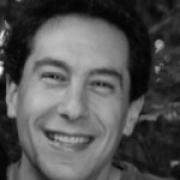 Originally posted on the Making Our Milk Safe (MOMS) blog.

Working for a public health nonprofit can get you in trouble with your friends. I’ve been accused of trying to spoil everything from burgers to candy, Valentine’s Day to Halloween. So with Thanksgiving just around the corner, it seemed like time to take on yet another beloved American obsession.

No, I’m not talking turkey – meat eaters’ Thanksgiving dinner is safe from CEH (for now). But dessert time is another matter.

A recent feature in Mother Jones magazine tells the remarkable story of a woman who quit her job to take on Big Sugar and expose the industry’s attack on the science of sugar toxicology. Dr. Cristin Kearns Couzens, a dentist and dental health administrator was alarmed after attending a 2007 conference on diabetes and gum disease. Speakers at the meeting seemed intent on glossing over the contribution of sugar in contributing to the diabetes epidemic. Their refusal to address sugar’s downsides seemed deliberate and absurd to Dr. Couzens, “… as ridiculous as telling patients prone to tooth decay that they could eat all the sugar they wanted, so long as they worked out and kept their love handles under control.”

Ultimately, Dr. Couzens’ determined research paid off. She found documents in the files of a bankrupt sugar company that unveiled Big Sugar’s decades-long campaign to protect their profits at the expense of our health through the use of tobacco industry public relations tactics (tactics that have been used with similar devious success by other harmful industries, like makers of chemical flame retardants). Working with long-time nutrition writer and sugar industry critic Gary Taub, Dr. Couzens demonstrates how Big Sugar deceives the public, manipulates government regulators and health advocates, and corrupts the scientific process to block consensus on the health problems related to sugar consumption.

The industry's 30+ year PR campaign has corresponded with a significant rise in Americans' sugar consumption, and a surge in the chronic diseases linked to sugar. Since 1970, obesity rates in the United States have more than doubled; the incidence of diabetes has more than tripled.

Earlier this year, a “comment” piece in the science journal Nature put the impact of sugar consumption on the increase in disease in sharp perspective. The authors, experts in pediatric nutrition and health sciences from the University of California, noted that high consumption of foods with “added sugars” (high fructose corn syrup (HFCS) and/or sucrose) induces diabetes, liver damage, and what physicians call “metabolic syndrome,” a combination of health issues (insulin resistance, high blood pressure) that dramatically increases the risk of diabetes and heart disease.

They note that while tobacco and alcohol are both regulated, another toxic public health menace, sugar, is not. Arguing that sugar poses dangers to health that justify controlling it like alcohol, the researchers state that “A little [sugar] is not a problem, but a lot kills — slowly. If international bodies are truly concerned about public health, they must consider limiting fructose — and its main delivery vehicles, the added sugars HFCS and sucrose — which pose dangers to individuals and to society as a whole.”

Given that the United States spends $150 billion on health-care costs annually and drops another $65 billion in lost productivity on health problems related to metabolic syndrome, the threat to society from sugar is clear. But given Big Sugar’s ongoing attack on science, expect little progress on sugar control from U.S. regulators (Michael Bloomberg’s Big Gulp ban notwithstanding!). So this Thanksgiving, enjoy the pie!