Wishing for a PVC-free Disney 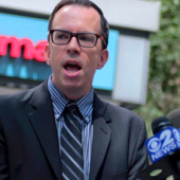 When we first got the lab results back for our report on phthalates in children’s vinyl (polyvinyl chloride or PVC) school supplies, we were utterly shocked by all of the Disney school supplies that contained such high levels of these toxic chemicals.

Disney Princess and Spider Man lunchboxes were chock full of these harmful chemicals, at levels so high they would be banned if they were toys.  For instance, a Disney Princess Lunchbox (pictured to the right) contained an estimated 29,800 ppm of DEHP. If this product were a children’s toy, this would be over 29 times the limit set by the federal ban!  29 times!

A growing body of scientific evidence has found these vinyl softening chemicals linked to asthmaand other serious health problems on the rise in children.

Soon after the report was published, we were contacted by a manufacturer of Disney lunchboxes, California Innovations, who was upset their products were associated with PVC.

You see, California Innovations sells a lot of Disney branded lunchboxes, and they started phasing out PVC in their lunchboxes back in 2005, over seven years ago.

And today, none of their lunchboxes, including their Disney branded products, contain vinyl.

“As the market leader in insulated lunch packs, we believe it is our number one responsibility, both to our consumers and to the industry that we represent, to produce products that are safe in all respects. The Ultra Safe® Protection System (USPS), designed exclusively by California Innovations is an extremely strict quality control standard that monitors every stage of the production process so as to ensure that all of our products are safe. To that end, all of our Disney, California Innovations, Arctic Zone and Columbia branded lunch products are PVC and BPA free, lead and phthalate safe and all exposed interior components are  FDA compliant”

The company went on to tell us that, “It did not make logical sense to us at California Innovations that Congress would limit six phthalates for toys and mouthable objects but not for children’s lunch bags and school supplies.”

We applaud California Innovations for doing what’s right for our children by eliminating PVC from their children’s lunchboxes.

If California Innovations can do it, other Disney licensees can as well!

While California Innovations has eliminated the use of vinyl, other Disney branded products continue to contain these harmful chemicals.

Moms and dads across America are furious that Disney continues to sell vinyl school supplies, even though companies like California Innovations have shown us that it’s possible to sell children’s school supplies without these harmful chemicals.

Lori Alper, an amazing green mom from Massachusetts, decided to take action into her own hands after reading our report.  She  started a petition on Change.org calling on Disney to get these toxic chemicals out of school supplies.  Almost overnight, the petition has galvanized signatures from thousands of parents across the country.

Today the petition has over 57,000 signatures! The fine folks over at MomsRising.org have also started a petition to Disney, which has also been signed by thousands of parents, particularly outraged moms!

Watch this TV story to find out more about Lori’s petition to Disney:

Will Disney Listen to our Wishes?

Will Disney listen to the wishes and dreams of moms and dads across America, that want safe products for their children?

The company is currently in the process of developing a “restricted substance list”, which many other companies have done.   They state they will:

“By 2013, share a restricted substance list with our vendors and licensees…Disney thinks globally and strategically to anticipate regulations as they apply to chemicals and substances of concern. We canvass different sources – from jurisdictions, NGOs, and consumer advocacy groups to medical studies – to anticipate the next regulated substance. Our ultimate goal is to proactively reduce or eliminate substances of concern before it is required and to provide safe products and experiences for our customers.”

Forward thinking businesses like Google, Apple and Nike have already committed to eliminating phthalates and vinyl.

The only question is, will Disney?

We’re wishing for a PVC-free Disney.