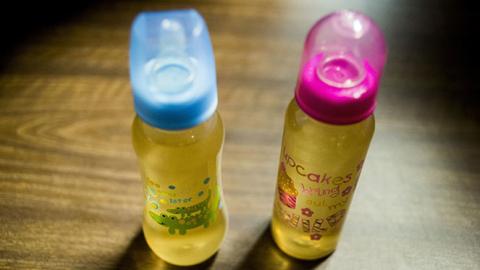 When a Student Asks: Am I Going to Die?

I sat with our brave colleagues and cried with them.  Karen Christian is a math teacher, but after school she’s president of United Teachers of Flint. That’s how it is with most of our union activists; they volunteer to be the union voice of their colleagues after their students head home. Karen’s tears were for those students as much as for her own 10-year-old son. Karen’s tears were for the children who had been drinking contaminated water for over a year; poisoned water. She worries that they have been harmed in ways that might not show for years.

Darlene is a 6th-grade science teacher. She and her grandkids have been drinking the water. Yet she was more interested in telling me about her students.  One of them asked her, “Am I going to die?” She says that her children are traumatized. They develop rashes if they bathe in the water.  Mothers are afraid to wash clothes in it. There are so many poor families here. There is nowhere for them to go.

One after another, these educators told me their stories. Stories of their own families and stories of the students.  They were frightened and angry and confused about how something so cruel and callous had happened to them and their community – a community that’s gone through tough times before, but nothing like this. Not poison coming through the kitchen faucet.

You’ve no doubt read about the Flint water crisis. It’s in all the papers. You may know that Governor Rick Snyder and his friends in the legislature have been systematically cutting taxes on the One Percent and balancing the books by defunding public infrastructure for some time now. They’ve underfunded public schools, public health, and even the Michigan Department of Environmental Quality, which tests (or is supposed to test) the water.

It wasn’t an act of God that devastated this town. It wasn’t an Oklahoma twister or a Gulf Coast hurricane. Manmade cuts in public funding made rubble of public services and provided the excuse for Snyder to declare a fiscal “emergency” wherein the governor can replace the elected officials in a city with his handpicked “emergency” manager to find “efficiencies.”

By the way, the people of Michigan didn’t like that law that gave the governor the power to strip local elected leaders of their authority and Michiganders overturned it on public referendum.  But the governor was not to be dissuaded by mere voters and with a little pixie dust, he rewrote the law with a magical minor change that created a loophole designed to make it immune to public referendum.

Defying voters, he charged ahead, declaring Flint unfit to govern itself and with unrestrained arrogance, installed his man with austerity marching orders to cut costs, cut services, and cut corners. The result was this puny bureaucrat’s decision to switch the water supply from Lake Huron (which was working just fine) to the filthy Flint River (which wasn’t).  It saved money.

Another savings came from not bothering with the processes to ensure the new water source was safe. The emergency manager didn’t listen to doctors who starting seeing health problems.  He didn’t care.  His job was to balance the budget.  He did.  For over a year, the residents of Flint – the nursing mothers; the grandpas; the kindergarteners; the track team; patients in the hospital; firefighters; grocery store cashiers; teachers and bus drivers; everyone – drank the water.  Everyone was being slowly poisoned.

This act of incompetence; of negligence is shameful beyond words.  But an emerging paper trail of evidence shows that the bureaucrats knew what was happening and covered it up to protect their own skins. It is environmental racism and economic injustice in a city that’s mostly minority and mostly poor. That’s criminal. It better be.  It has to be. And the word “accountable” applies here. Children and adults were poisoned. Someone is guilty and should be held accountable.  Someone must be punished.

But even in this darkness, there are bright lights that shine. God bless our brave colleagues in Flint who manage to go to school and hug their students and assure them that they will not rest until Flint families have what they need to make them whole. Bless the families who stand beside those educators, defending the union voice in that school that will not be silent when it comes to justice for these students and this community.

And we must all honor and love the amazing whistleblower, Dr. Mona Hanna-Attisha, director of the pediatric residency program at Hurley Medical Center, a public hospital in Flint, and a professor of pediatrics and human development at Michigan State University’s Flint-based College of Human Medicine. She saw a disturbing pattern in the blood tests of her little Medicaid patients, and her search for verifying data and where it led her is the stuff of movie scripts. She faced the sneering of blissfully blind bureaucrats who dismissed her research and tried to silence and humiliate her – and she pushed back by taking her alarming report public, verified by other reputable scientists.

She got an apology. Fine. Flint folks got complimentary bottled water available for pick up at the fire station. OK. It’s not enough. Lives have been shattered. My brave colleagues are worried and heartsick – but they are determined that justice will be done and the union makes them strong.

NEA and the Michigan Education Association are collecting donations to make sure Flint residents have water while the system is being cleaned up. We will use our power to demand the physical and mental health services – school nurses and psychologists, counselors and para-professionals – that Flint children will require. We’re connecting them with the best health information available to guide them in dealing with the socio-emotional needs of these vulnerable, frightened, and angry young people and what remedies might make this community whole.

So many of you have asked if you can help. Here are some suggestions:

Write a letter of encouragement and support to your colleagues who work in Flint schools.  They are feeling like the political world around them did not value them, their students or the families they serve.  Tell them they’re not alone.

Make a tax-deductible contribution to support Flint educators and their students.  Write “Flint” on your check and mail to:

Write to the Michigan governor and tell him what you think about a politician who loves to use the word “accountable” when blaming educators for things beyond their control, yet refuses to accept full accountability for this tragedy. This crisis was the result of his budget cuts; his handpicked “emergency” manager; and his determination to ignore voters who said loudly and clearly that a governor should not strip authority from locally elected officials.

This is far from over.