What you need to know about #AntibioticResistance 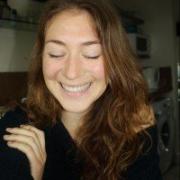 This week, the World Health Organization and Center for Disease Control and Prevention are recognizing World Antibiotic Awareness Week and 'Get Smart' on Antibiotics Week, respectively, in efforts to address a major and growing threat to public health: antibiotic resistant infections.

These infections, which can be difficult if not impossible to treat, put all of us at risk. They grow and develop when and wherever bacteria are exposed to, but not killed by, antibiotics. This can happen in hospitals and clinics, when patients don't finish the full round of antibiotics or receive antibiotics for non-bacterial illnesses, and on factory farms, where livestock receive regular, low doses of antibiotics for disease prevention or growth-promotion. Though lesser known, this practice is every bit as dangerous for public health.

Yet, it's totally legal. Current rules allow animals to receive daily doses of antibiotics whether or not they’re sick, often under the guise of preventing diseases that can be brought on by unsanitary conditions. These daily doses expose the bacteria in and around the animals to the antibiotics we rely on to save lives, and the low dosages allow some bacteria to survive. Those resistant bacteria will survive again the next time they meet that antibiotic, and so will the infections they cause. And they don’t stay put; they rapidly multiply, spread off of the farm and into communities via contaminated water, soil, or food. The infections caused by these so-called “superbugs” can be difficult – if not impossible – to treat.

Reducing the use of antibiotics to raise livestock and poultry reduces opportunities for bacteria to develop resistance and then multiply and spread. It slows the decline of antibiotics' effectiveness to treat both human and animal disease.

It Should Be...
When animals get sick, they should receive a targeted dose of antibiotics meant specifically to fight that infection. In that scenario, the full course of therapeutic-strength antibiotics are administered and kill off most of the illness-causing bacteria, curing the animal of its sickness and leaving less opportunity for resistance to spread. Then they’re done.

This is the same process by which we receive antibiotics: we go to the doctor and are diagnosed with a specific illness for which antibiotics are appropriate to treat. We fill a prescription, take the full course of antibiotics, and recover. When we feel a bug coming on, or walk into an office full of sniffling coworkers, we drink some orange juice, wash our hands, and rest—we don’t start popping antibiotics.

...But it’s more like
The common practice on factory farms goes more like this: antibiotics get put into the food or water of animals to help these animals grow fatter, faster and prevent illness encouraged by the crowded, bacteria-laden conditions. It’s like putting antibiotics in your child’s breakfast cereal every morning because, well, children get sick a lot. Make no mistake: that would be as irresponsible as the practice we’re working to end in agriculture.

And we need it to stop.
The fact is, we’ve known the dangers of misusing and overusing antibiotics for decades. When he accepted the Nobel Prize in Chemistry for his discovery of penicillin in 1945, Alexander Fleming warned that under-treating illnesses with antibiotics – that is, exposing but not killing bacteria through insufficient dosage – caused resistance, and might ultimately lead us to lose the “miracle drugs” he was celebrated for that day.

If that happens, we’d be sent back to an era in which now-common and mundane infections could kill. Before antibiotics, we had few treatment options for infections now considered common, like staphylococcus: an often mundane skin infection that without treatment, could enter deeper into one’s body and turn deadly. Antibiotics administered quickly prevent that spreading, and staph patients regularly make a full recovery.

This is great news. Unfortunately, resistant bacteria that are difficult -- sometimes impossible -- to treat are growing and spreading. Take for example MRSA (Methicillin-resistant staphylococcus aureus); when MRSA infects the body, the drugs we’d use to fight it don’t work as they should.Already, these infections cause over 80,000 severe infections each year in the US, and kill 11,000.

Similar statistics for an increasing number of infections illustrate many health professionals’ concern that the post-antibiotic era is not quickly approaching but rather, already here. Resistant infections and related deaths are a dramatic illustration of what we stand to achieve by continuing to over- and misuse antibiotics.

Though not all resistance develops on farms, there is compelling evidence that MRSA often does. Dr. Lance Price of the Milken Institute of Public Health at The George Washington University is leading efforts to track the growth and spread of MRSA on farms and into communities. What he’s found is concerning: there is “compelling evidence that a new lineage of livestock-associated methicillin-resistant Staphylococcus aureus (MRSA) actually began as methicillin susceptible (or treatable) Staph in people; jumped to pigs, where it acquired the methicillin resistance gene; and then began infecting humans as MRSA.”

In less-wonky terms, staph bacteria can jump from humans to pigs to humans and, in the midst of that process, develop resistance. During its stay with the pigs on factory farms, staph is exposed to routine, low doses of Methicillin or related drugs and develop resistance. When they return to human society via farm workers, air, water, or contaminated food, they can infect us with difficult or impossible-to-treat infections. An Aug. 2013 study found a similar path between cows and humans.

So if there is one common practice that makes no sense at all to continue, it is routinely administering antibiotics to animals that are not sick. The practice is likely actively breeding deathly human illness, and it’s certainly wasting precious medicines that we rely on to save both human and animal lives. We must preserve our ability to do so.

A string of commitments by industry powerhouses, most recently Subway, really illustrates how substantially the dialogue has changed in just the last year. Thanks to the efforts of consumers and organizations like U.S. PIRG, the industry is feeling the pressure to change their ways.

But we aren't done yet. The meat you buy at the store matters to support those already doing the right thing for public health, and urge others to follow suit. Not sure where to start? This guide will help.