What I Said At My Synagogue About MomsRising For Yom Kippur 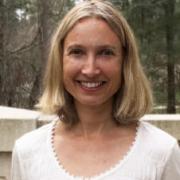 As a long-time member of MomsRising.org in North Carolina and an active member of my local synagogue, I was humbled when our Rabbi invited me to share about our work as part of this year’s Yom Kippur service. Yom Kippur is the holiest day of the year in Judaism, also known as the Day of Atonement. Below are the remarks I shared this past week.

At this point in our fast, we are all probably feeling grumpy and irritable. If you are anything like me when I am fasting, you are turning inwards, becoming hyper-critical and obsessing over your flaws. This self-absorbed, hungry state typically leaves me feeling discouraged and even self-pitying.

I doubt that I am the only one who is feeling this way right now. I believe that the placement of the Yom Kippur Haftarah portion at this point in the Yom Kippur service is an intentional wake-up call for all of us.  In our caffeine-deprived state, this Haftarah portion is just the jolt of energy we need to shift our focus from the individual self to the broad, complicated collective world.

Isaiah 57:14-58:14 reminds us that G-d is not impressed by the rituals of fasting and praying if they are not accompanied by action to bring positive change to the world.  Outward show is not the repentance G-d asks of us; instead, G-d is far more concerned with our behavior towards others than by our observance of the fast. The words we are about to hear remind us that we are called to embrace both spirituality and justice. “Tikkun hanefesh,” the repair of the soul, is an empty promise if it is not followed by “Tikkun Olam,” repair of the world.

How are we to embrace “Tikkun Olam”? That is something for us to wrestle with on this Day of Awe, and the answer is different for each of us.  No act of justice is too small or insignificant if it comes from the heart. I would like to share a quick story with you from my volunteer advocacy work with MomsRising.org, a national network with the goal of building a more family-friendly America.  A few years ago MomsRising joined groups of cancer survivors and the national group Safer Chemicals, Healthy Families in Washington DC to lobby for toxic chemical reform. A group of us from North Carolina met with the staff of our member of Congress to advocate for reform.

The representative looked bored during our meeting—who could blame him, after all? His job involves meeting with advocates from one group or another day after day…  It was only when I asserted that I was representing the 39,000 members of North Carolina MomsRising, who live in all one hundred counties of North Carolina, that he suddenly got out his notebook and started furiously taking notes. Even though all 39,000 North Carolina members could not sit in the lawmaker’s office that day—MomsRising is an online as well as on-the-ground movement, with the majority of members clicking to sign online petitions in a show of support-- their actions were impactful enough to influence policy changes.  Each mom only did one small act of justice, but this experience showed me the power of our collective voice.  Only when we work together, and our voices rise up from our collective soul, do we have the power to make positive change in the world. And as Jews, we are reminded that Jewish spiritual practice is anchored in social justice.

It is our job to figure out what stirs us to action, find others to join us as we raise up our collective voice, and then act.

Two weeks ago, while I was reflecting on this introduction, I heard a story on NPR about a 75 year old Hungarian Jew who spent the past week handing out bottled water, fruit, and sleeping bags to the refugees stuck in Budapest. He said that the scenes of refugees packing trains and crossing borders reminded him of his childhood, when he spent time in a German concentration camp. The Holocaust survivor talked about coming across one panicked Syrian boy at a migrant reception facility, and recounted how he held this boy in his arms, seeing himself in this boy.

This is the image that comes to my mind when I read the Haftarah portion: a Jew who has himself known suffering, and who has joined with thousands of Hungarian volunteers to collectively ease the suffering of other people. He was clearly inspired by the words of today’s Haftarah: “Is it not rather to share your bread with the hungry, and bring the homeless poor into your home; when you see the naked to clothe them, and not hide from your flesh and blood?!”

May this Yom Kippur give each of us the inspiration and strength to join with others to make positive changes in the world.  For those who are able, may it be a meaningful fast. G’mar chatimah tovah .