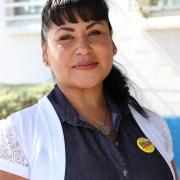 Tiffany Santos is a mother of two boys and two girls who resides in Las Vegas, NV. She is a hostess at Harrah’s on the world famous Las Vegas Strip, where she has worked for over nine years.

Tiffany is a member of the Culinary Workers Union Local 226, an affiliate of UNITE HERE. The Culinary Union is the largest union in Nevada representing over 55,000 members who work in the hospitality industry. Tiffany is a volunteer organizer for the Culinary Union and dedicates her time by helping her coworkers demand fair wages, job security, and good health benefits.

Tiffany is a member of the UNITE HERE Parents Committee, the Culinary Union LGBT Committee, and an active participant in the Culinary Union’s fight for comprehensive immigration reform. She also volunteers at the Nevada Ballet Theatre where her daughter is a pre-professional dancer. Tiffany still finds time to BBQ, make her children’s favorite meal – spaghetti – and pray with her family before dinner. 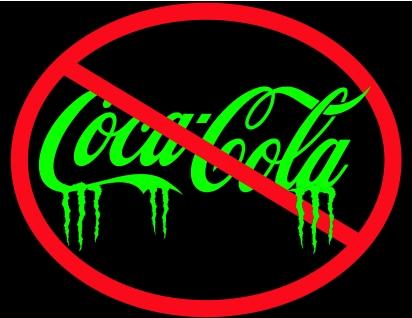 July 28, 2015
A recent deal between Coca-Cola and Monster Energy reinforces some common challenges that parents face every day: How do we protect our children from companies that spend so much time coming up with new ways to sell things to our children? How do we keep our children healthy when billions are spent every year marketing junk food to them? We must take action when we become aware of new threats to our children’s health. Case in point: the Coke Monster. Coca-Cola just purchased a 17% stake in Monster Energy for $2.15 billion dollars. This deal comes at a time when sales of traditional soft...
MomsRising Together