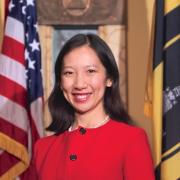 As Baltimore City’s Commissioner of Health, Dr. Wen leads the oldest, continuously-operating health department in the U.S., with over 1000 employees. Her transformative approach to public health involves engaging hospitals and returning citizens in violence prevention and launching an ambitious opioid overdose prevention program that is training every resident to save lives.
Following the civil unrest in April 2015, she directed Baltimore’s medical access and trauma recovery efforts.
A board-certified emergency physician, Dr. Wen received her medical training at Washington University and Brigham &amp; Women’s and Massachusetts General Hospitals. She was a Rhodes Scholar, a Clinical Fellow at Harvard, a consultant with the World Health Organization, and a professor at George Washington University.
She has been published over 100 articles including in The Lancet, JAMA, and Health Affairs. The author of When Doctors Don’t Listen: How to Avoid Misdiagnoses and Unnecessary Tests, Dr. Wen’s work is regularly featured on NPR, CNN, MSNBC, the New York Times, and the Washington Post. Her TED talk on transparency in medicine has been viewed nearly 1.5 million times. 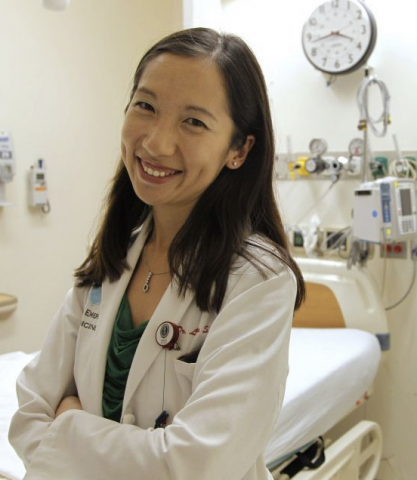 "Health is a fundamental human right:" Why we sued the Trump Administration

August 17, 2018
Recently, we in Baltimore City filed suit against the Trump Administration for intentionally and unlawfully sabotaging the Affordable Care Act (ACA). I am gravely concerned for the wellbeing of my patients, my city, and millions of individuals who are finding themselves unable to afford health care. As an emergency physician, I’ve seen first-hand what happens when people are priced out of coverage. I’ve seen a mother leave behind her three children, because she had no insurance and wasn’t able to have a lump in her breast examined when she found it. She died a year later. I have an endless...
MomsRising Together 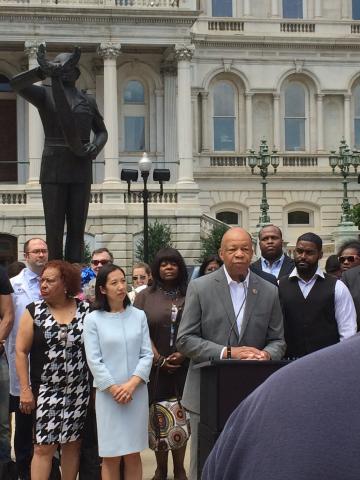 June 14, 2016
Last week, I had the honor of joining a coalition of health advocates, parents and community leaders at Baltimore City Hall for the Health Committee hearing on legislation that would require warning labels for sugar-sweetened beverages (SSBs) on advertisements, menus, and points-of-purchase within the city’s jurisdiction. The warning label is intended to help Baltimore residents make more informed decisions, reduce caloric intake, encourage a healthier diet, and improve overall health. Baltimore would become the second jurisdiction in the country and the first on the East Coast to require...
MomsRising Together
Food!

June 2, 2016
In my practice as an emergency physician, I have seen 8-year-olds who weigh 150 pounds, teenagers diagnosed with adult-onset diabetes, and 25-year-olds with high blood pressure and heart problems. As the Health Commissioner for the City of Baltimore, I see these issues play out on a much larger scale every single day. I see that one in three young people in my city is either obese or overweight, while heart disease—a condition directly linked to diabetes and obesity—is the number one killer of our residents. At the same time, I see how one in four of our children in Baltimore drink a regular...
MomsRising Together