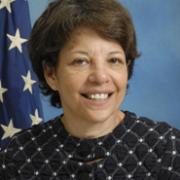 Cindy Mann, J.D. has served as the Director of the Center for Medicaid and CHIP Services (CMCS) within the Centers for Medicare and Medicaid Services (CMS) since June 2009. As CMS Deputy Administrator and Director of CMCS, Cindy is responsible for the development and implementation of national policies governing Medicaid and the Children’s Health Insurance Program (CHIP) and works closely with states as they design and administer their Medicaid and CHIP programs.
Prior to her return to CMS in 2009, Cindy served as a research professor at the Georgetown University
Health Policy Institute and was the Executive Director of the Center for Children and Families at the Institute. Her work at Georgetown focused on health coverage, financing, and access issues affecting low-income populations and states. She was also a senior advisor at the Kaiser Commission in Medicaid and the Uninsured. Cindy served as Director of the Family and Children’s Health Programs Group in CMS’ (then HCFA’s) Center for Medicaid and State Operations (now CMCS) from 1999 – 2001, where she played a key role in implementing the SCHIP program and led the center’s broader work on Medicaid policies affecting children and families. Before joining HCFA in 1999, Cindy directed the Center on Budget and Policy Priorities' federal and state health policy work. She also has extensive state-level experience, having worked on health care, welfare, and public finance issues in Massachusetts, Rhode Island, and New York.
Cindy received a law degree from the New York University School of Law and a B.A. from Cornell University. 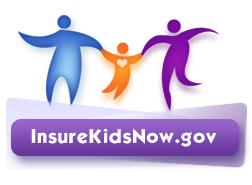 May 12, 2014
Yesterday mothers everywhere were showered with love and appreciation for everything they do to keep their children well and happy. If you want to pay one more tribute to a mom you know, it’s not too late for an extra-special gift that doesn’t need to be wrapped in sparkly paper and tied with a bow.
MomsRising Together
Blog Carnival!
Blog Carnivals Health Care

Connecting Kids To Coverage! A Blog Carnival On Continuing Medicaid and CHIP Enrollment

May 12, 2014
Having health coverage opens the door to better access to health care and also greater financial security for the family. Check out our blog carnival all about it!
MomsRising Together
Health Care

July 2, 2013
Today, I’m thrilled that we are awarding nearly $32 million to support Connecting Kids to Coverage Outreach and Enrollment Grants. Our ongoing partnerships with states and communities to connect eligible children to health coverage have taught us valuable lessons about how to conduct effective outreach – outreach that not only raises awareness of health coverage opportunities, but also gets eligible people enrolled. We are applying these lessons to our work going forward so that Americans can get the health coverage they need. These successes have also prepared the Centers for Medicaid &...
MomsRising Together
Health Care Blog Carnivals

Blog Carnival- Connecting Kids to Coverage and Text4Baby: A New Partnership that Clicks!

February 28, 2012
They say that timing is everything. If that’s true, doesn’t it make sense to tell someone about how to sign up for health insurance when she needs it the most? And, when we’re enrolling a family in a health insurance program, shouldn’t we help them understand how to use those benefits to ensure their child stays healthy? That’s the idea behind the exciting new initiative the Center for Medicaid and CHIP Services is launching today. The Connecting Kids to Coverage Challenge – our national initiative to reach out and enroll all eligible children in Medicaid and CHIP -- is teaming up with...
MomsRising Together