The water will make you sick

/*-->*/
I’m from West Virginia, and the recent chemical spill breaks my heart, makes me very angry, and makes me scared for my friends and family. 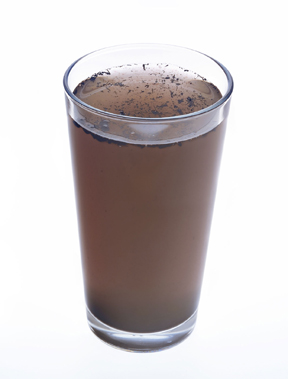 That’s what happened to tens of thousands of moms in West Virginia, including many of my friends, because 10,000 US gallons of 4-methylcyclohexane methanol, a toxic foaming agent used in coal processing, leaked into the Elk River and contaminated the water supply for 300,000 West Virginians, cutting them off from clean water for as many as 10 days.

The recent spill is yet another example of the dangers of relying on dirty energy, which threatens public health not just in West Virginia but everywhere.

Take coal-fired power plants as another example. Across the country, they collectively produce nearly 40 percent of the carbon pollution in the United States, pollution that worsens asthma attacks and other respiratory illnesses. Asthma affects one in 10 kids and accounts for more than 10 million outpatient visits and 479,000 hospitalizations every year. Yet these power plants emissions have never been regulated.

For moms and dads, clean air for our kids is a no brainer, and we’re backed up by the nation's foremost doctors and experts, including the American Academy of Pediatrics, the American Heart Association, the American Lung Association, and Physicians for Social Responsibility, among others. They issued a joint statement saying: "We stand united in calling on [Congress] to uphold the Clean Air Act and to reject any measure that would block or delay the U.S. Environmental Protection Agency from doing its job to protect all Americans from life-threatening air pollution."

In the case of power plants, we actually have the know-how to clean up their carbon pollution. It’s time to do it.

Please join me in telling the United States Environmental Protection Agency (EPA) that we want cleaner and safer energy to protect our families’ health. Sign on and demand cleaner power plants now: