The Value Of A Woman 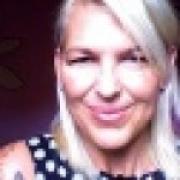 Joy Rose
Share This
Add your voice to the comments
In theory, a year of human life is priceless, or so says Kathleen Kingsbury in her Time/Health Article ‘The Value Of A Human Life.' In reality, she goes on to write, it's worth $50,000. That's the international standard most private and government-run health insurance plans worldwide use to determine whether to cover a new medical procedure. 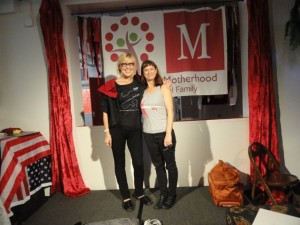 When we read statistics, like how many people died during the tsunami in Japan last year, numbers say something like 15,839 died, 5,950 were injured, and 3,642 are still missing, those are numbers we hear, evaluate, and say – "Oh My God, that’s awful," and either do our best to comprehend or put out of our mind’s altogether.
Statistics are naturally useful because they help us measure meaning in the world.
Some things are easier to measure than others. When Wikipedia says, "from the16th to the 19th centuries, an estimated 12 million Africans were shipped as slaves to the Americas and an estimated 645,000 were brought to what is now the United States", that statistic becomes mind-boggling. (3) When we say trafficking in human beings today continues to thrive and in 2005, estimated a global annual profit of $31.6 billion was accrued, we shudder. That’s a 2008 United Nations estimate of nearly 2.5 million people from 127 different countries are being trafficked into 137 countries around the world. (See our IWD campaign with http://www.ijm.org)
When I talk about The Value Of A Woman, I want to highlight the many ways we can and must value our female half of the population.
A mother's value, in purely economic terms, in North America, has been calculated at around a $115,000 salary annually give or take, yet still real pay, for real labor equals zero, while worldwide statistics note that approximately 1 women around the world dies every 90 seconds from maternity related causes.
Last week at the United Nation's 56th Annual Commission On The Status ofWomen, I heard reports from all over the world, about women farmers fighting to own a piece of the agricultural pie, where female ownership falls well under 10%. Rural African mothers and girls working to close educational gaps, as the struggled for the basics of physical safety and water.
This Thursday is International Women's Day, a time for hope, activism and personal empowerment. Since 82% of the female population will go on to have children, a day like this must also mark the value and importance of mothers and the work they do.
Exhibits like Alexia Nye Jackson's, 'Mother The Job', demonstrates through mixed media images, film, art and statistical comparisons, that the job of mother is the great unpaid labor force of a Capitalist society. We need to actively evaluate the hidden costs of parenting, and ask questions like; how do we, as a nation, provide health care, maternity leave, paid parental leave, breast feeding and childcare at the workplace? Where is economic reward for working mothers, returning to the workforce, after time spent away raising children? And is there support for some of the more difficult psychosocial ramifications of motherhood?
Promoting the health, wellbeing, information, education and connection for individuals and collectives around the area of mother studies and family, benefits everyone. To that end, ongoing groups, researchers, activists, artists, thought-leaders, social change-makers and women in business have been gathering at the newly opened Museum Of Motherhood (M.O.M.) in New York City; The first and only facility of it's kind, dedicated to exploring, collecting and disseminating information and education about women, mothers and families.
At the M.O.M. space we talk about hyper-local activism. We talk to families about the basics of engaging in everyday thought-leadership, by asking them to evaluate their immediate world; noting injustice, empowering their daughters and

sons with feminist values and by reviewing and speaking about the HERstory of women in America. We show them Amy Simon's website, 'She'sHistory' and invite them to plays like Karen Brody's Birth; The Play. We work with local doulas to encourage women to take back their birth experiences and we network with people like Harriet Sugarman to activate greener homes. We bring partners from Goodwill in the Bronx to meet with our Upper East Side neighbors and mix it up with projects like the Saving Mothers birth kits we put together in January with about 20 volunteers and send those kits to Guatemala. We encourage everyone to start great conversations and to open up channels of community and compassion among their circles of mom-friends. These powerful voices of individuals, and the neighborhood-collective, have global ramifications. Everyone who walks through our doors has the potential to be a change-maker and that's exactly how we view them.
I was born just thirty-seven years after the Suffragettes secured the vote in America. Sometimes my mother gets grouchy and says, "Nothing ever changes," to which I reply, "Less than a hundred years ago women couldn't vote."
I know things can change, and will. Sometimes it just takes longer than I hope. So, I'll keep my eyes on the issues that mean the most to me, while raising my voice until we have paid parental leave in America, a national, ratified Equal Rights Amendment, a national maternity leave program in place, value for women equal to men, health care that counts with real impact for every person in the USA, and a more compassionate and comprehensive view of the sovereign rights and worth of women around the world.