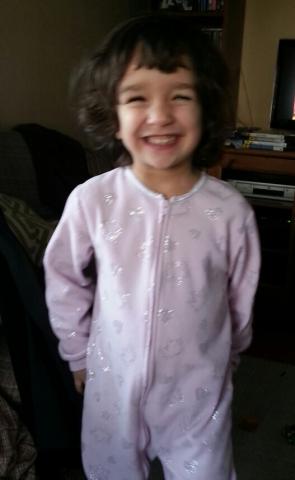 It really is a good color on him. 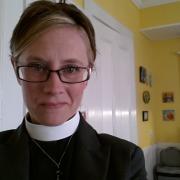 Rev. Eliza Buchakjian-Tweedy
Share This
Add your voice to the comments

It was a Tuesday evening, and we were getting ready for the next day.  Lunches packed, coffee made, preschool calendar consulted.

I never thought "Pajama Day" could cause my heart to stop.

"So, Bean," we said, nonchalant as only nervous parents can be. "Tomorrow you get to wear your pajamas to school!  Won't that be fun?"

"What pajamas would you like to wear?" I'd be lying if I said there weren't crossed fingers behind my back.

After a moment of careful consideration, he replied, "The sparkly feetie 'jamas, Mummy."

When our son was still in utero, we went to great pains to keep the gendering to a minimum.  We asked the ultrasound technician not to tell us the sex of the baby.  I argued with my family, my wife's family, our friends and even total strangers about the absurdity of the rock-solid gender divide.  I ranted about princess culture, about the near-impossibility of finding gender-neutral clothes and toys for children over 3 months old, about the old adage that "boys will be boys".  Our child, my wife and I decided, would be as free from stereotypes as it is possible to be without living in a bubble.

Which, it turns out, is not very free at all.

Family, friends, strangers, store clerks: everyone imposes gender stereotypes on us from a very early age.  Sometimes overtly - like the stranger who told my then 2 year old that boys shouldn't carry purses - sometimes subtly, in the toys offered during a playdate or the adjectives used to describe us, when girls are praised for being "pretty" and boys for being "strong".  Stereotypes are reinforced when the television is on in the morning, and Matt Lauer asks the female guest (but not the male!) whether it's hard to juggle work and parenting... and no one calls him out; when birthday party favors are fairy wands for the girls and swords and shields for the boys; when a child is mis-gendered in public and the response to being corrected, by child or parent, is to glare at the parent and stalk away without another word; when every other boy on the playground or in dance class has a crew cut and wears blue or orange, and every girl has long hair and wears pink or purple... and no one questions, or comments, or treats this visual - a strikingly new one, as Jo Paoletti has demonstrated - as though it is anything other than the Natural Order of Things.

When my son knew every construction vehicle by name by the age of three - and could correctly describe the differences between a backhoe and an excavator, a distinction I didn't learn until I was 34 - he was praised by everyone.  When he snuggled his doll, he was ignored.  Even a little child gets that message quickly.

To raise a child - especially a boy - outside of the normal gender roles is a daunting prospect, as my wife and I learned early on.  Doing it as a same-sex couple made it worse, in some ways; inciting fears that there really is a "gay agenda" and that we're trying to "turn our children" (and, by extension, all children) gay.  To raise a child with the freedom of self-expression is to question the status quo, to raise the general anxiety level at any given moment, to have our parenting - and our child's choices - examined even more minutely than they would be otherwise.  To raise a long-haired, pink-loving, baby-snuggling boy is to put a virtual neon sign over our family:

Because what society is saying, as we dress our daughters in pink frills and tell our sons not to cry, is that the gender binary is eternal, immutable, and right.  We are telling our children that men who like babies and sparkles and pink aren't man enough; that women who prefer construction vehicles to cooking are abnormal. We are telling our children that their choices are not to be trusted, but that we will be the arbiters of what is good and what is not; who is worthy and who is not.  We are telling our children, in no uncertain terms, that all of the advances that the LGBT community has made over the past few years - the court decisions and the visibility and the beginnings of normalization in media representation - don't mean anything because they will still not be accepted unless they conform to certain norms of gender.

Bean is now nearly five, and very articulate about his choices. He likes his hair long, but his bangs trimmed so that he can see.  He doesn't like his hair pulled back in a ponytail, but if you offer four pigtails instead, he'll happily take you up on the offer.  He likes pink and purple, but anything sparkly will do.  He wants to be a Daddy when he grows up - his one consistent answer to the question.  He's learning ballet and tap, but would prefer not to receive flowers after the performance.  He can still name every construction vehicle, even the ones you've never heard of.  He is obsessed with the Mars Rovers and Star Trek.  My wife and I are incredibly proud of him, and support him, and go to bat for him when the wider world tries to shame him and make him to conform to the standards of What It Is To Be Male.  I do not think he is trans*, or (to judge by his crush on our teenage neighbor girl) gay.  But he is very much himself.

And when "himself" wants to go to school in pink footed pajamas with sparkly crowns and stars all over them, that's what happens.  His mothers spend the day riddled with anxiety at the possible backlash - will he be laughed at?  Will anyone play with him? Will they call him names, or tease him, or try to hurt him?  - and when he comes home totally calm and composed, and his only complaint is that his feet sweat a lot, we breathe a huge sigh of relief.  Until the next time he chooses a pink shirt, or sparkly Dora the Explorer sneakers, or multiple pigtails, and we wonder anew whether this will be the time when he is shamed, and the erosion of his self-identity will begin.

And we wonder why it has to at all.