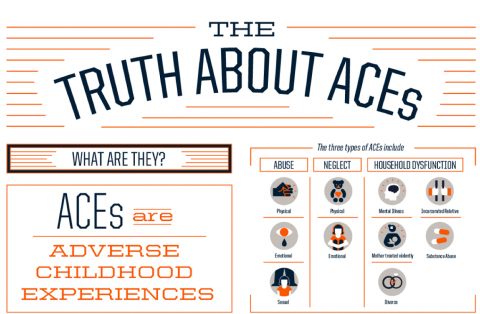 The ABCs of ACEs #InsideOut 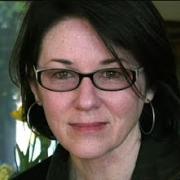 Jane Stevens
Share This
Add your voice to the comments

Underlying the buzzwords “social emotional health” and “trauma-informed care” is some astounding new knowledge that will knock your socks off if you haven’t heard about it. And once you grok it, it will change your entire outlook on why humans behave the way they do, including kids.

This new understanding of “us” has been called the “unified science” of human development. I call it “ACEs science”. Either way, it’s starting to have as radical an impact on our society as the Internet and the iPhone… combined. Really.

In a nutshell, it produced four eye-popping results:

Long story, short: ACEs contribute to most of our country’s physical, mental, economic and social health issues. You can think of your ACE score as a cholesterol score for childhood trauma. Here’s a five-minute video that explains ACEs science.

Oh – one more thing. The participants in this study were 17,000 mostly white, middle- and upper-middle class, college-educated, people who had jobs and great health care. ACEs affects everybody, directly or indirectly. There’s no “them and us” in ACEs.

Time-out for a side note: The ACE Study measured only 10 types of childhood trauma. Recent ACE surveys are adding others: racism, bullying, witnessing violence outside the home, gender discrimination, witnessing a sibling being abused, experiencing war, involvement with the foster care system, involvement with the juvenile justice system, witnessing a father being abused, etc. Poverty can be an ACE and a symptom of ACEs. Thirty-two U.S. states have done their own ACE surveys, as have several cities and countries.

So, how do ACEs cause so much damage? The toxic stress caused by trauma can damage a child’s brain. Being traumatized floods the brain with stress hormones. When a kid’s in fight, flight or freeze mode, their thinking brain is offline and doesn’t develop as it should.

Kids experiencing trauma act out. They can’t focus. They can’t sit still. Or they withdraw. So they can’t learn. Their schools often respond by suspending or expelling them, or just ignoring them, which further traumatizes them.

When they get older, they cope by drinking, overeating, doing drugs, smoking, as well as over-achieving or engaging in thrill sports. To them, these are solutions. They’re not problems. Nicotine reduces anxiety. Food soothes. Some drugs, such as meth, are anti-depressants. So telling someone how bad smoking is for them isn’t likely to make much of an impression if it relieves anxiety.

Staying in red alert status for years also puts a lot of wear and tear on the body. So even if people haven’t smoked or become obese, the biomedical consequences of toxic stress ups the risk of heart disease, diabetes and autoimmune diseases.

Toxic stress can also turn our genes on and off. And these changes can be transferred from parent to child. The area of research that looks into how our interaction with the people around us can change our genes is called epigenetics. Some people call it historical trauma.

But with all this bad news about how trauma hurts us, there’s good news. Our brains are plastic. Our bodies want to heal. Resilience practices and research are showing astounding results.

Trauma-informed schools are no longer suspending or expelling students, and the kids’ scores and grades soar. Ninety-nine percent of the kids who participate with their families in trauma-informed Safe Babies Courts suffer no further abuse. Pastors are combining the ACE Study with brain science and Bible studies to help their most troubled parishioners. Trauma-informed police departments have seen a 30 percent drop in violent crime in two years.

Pediatricians in Portland, Oregon, are asking parents about their ACEs when they bring their four-month-old babies in for a well-baby checkup. When parents learn they have a high ACE score, they usually say, “This explains my life.” Or “Why didn’t someone tell me this earlier?” And they want to know what they can do to prevent their children from having a high ACE score.

Traditionally, in our culture, we use blame, shame and punishment to try to change behaviors — unhealthy behavior, criminal behavior, “non-conforming” behavior. But, we have LOTS of evidence that that approach doesn’t work very well: overcrowded prisons, rampant chronic disease, struggling schools.

With this knowledge of ACEs science, people and organizations are changing from blame, shame and punishment to understanding (“What happened to you?” instead of “What’s wrong with you?”), nurturing (“How can I help you?”), and healing.