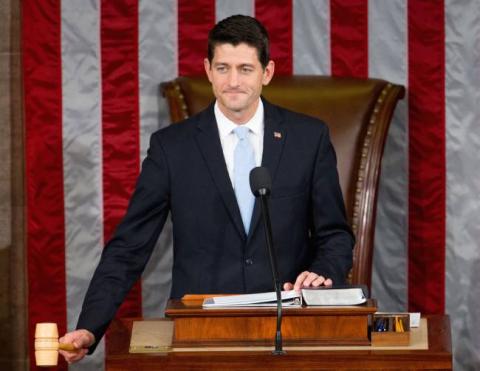 Representative Paul Ryan was just sworn in as the new Speaker of the U.S. House of Representatives last Thursday. We want to give him a big welcome to this new and important position and we want to do it the MomsRising way—by making sure he prioritizes working families!

Let's start by urging Speaker Ryan to use his new power to move forward tax breaks for working families, like the Earned Income Tax Credit (EITC) and the Child Tax Credit, which Speaker Ryan has publicly supported in the past.

Can you take a few seconds and sign this letter to Speaker Ryan urging his continued support for the EITC and Child Tax Credit now?

Here’s the thing: Unless the U.S. Congress acts soon, key provisions of the EITC and Child Tax Credit will expire, pushing nearly 16 million people—including 8 million children and many military families—into poverty and making it harder for tens of millions more families to pay their bills. Pushing families into poverty also hurts our economy. We can’t let this happen!

Speaker Ryan, himself, has expressed strong support for these tax breaks.   In a 2014 speech, he said, “The EITC gives workers a boost without hurting their prospects. It gives families flexibility—it helps them take ownership of their lives.”

We agree with Speaker Ryan! The EITC, along with the Child Tax Credit, does boost families and our economy!

Write Speaker Ryan TODAY and tell him that moms and dads want him to make working families a priority by supporting and protecting the EITC and Child Tax Credit by the end of the year!

More than 63 million families, including 1 in 4 current or former armed forces families with children, make ends meet and avoid falling into poverty by using the EITC and Child Tax Credit. This extra money helps our families make ends meet throughout the year and pay for things that otherwise might be unaffordable like a car to get to work, a place to live, shoes for our kids, and other necessities. And by making those purchases, we are funneling money back into our local economy, which sorely needs it.

Write Speaker Ryan now and tell him to boost working families by supporting and protecting the EITC and Child Tax Credit this year!

Together we are a powerful voice for moms, children, and families!