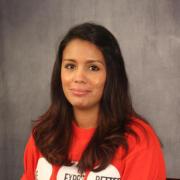 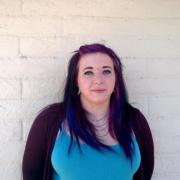 We were shocked. We are still shocked. As employees of T-Mobile US, we were deeply disturbed to watch our CEO John Legere launch an expletive-laden presentation about how rival telecommunications companies are “raping” consumers.

"These high and mighty duopolists that are raping you for every penny you have, if they could do something nice for you they would,” he said on stage in Seattle. “The f------ hate you.”

It is not the first time that Mr. Legere has used profanities and crude language, including cursing out his competitors to try to get attention. That’s not the problem. This time he went too far, using repugnant, sexually violent language for cheap laughs. Trivializing the brutality of sexual assault is not an edgy corporate communications strategy. For many women, this is not funny. It’s traumatizing.

In a recent interview, Mr. Legere claimed to be a man of the people, saying, “I may be a little rough and crude, but I'm much more like my customers and employees than I am an executive. I think employees relate to the way I speak, customers relate to exactly the way I think and talk. And it's who I am.”

But we don’t relate to the way he speaks about sexual violence. In fact, we’re flat-out embarrassed.

We’re speaking up for ourselves and our T-Mobile colleagues Victoria Singer, Candace Harrison and Amber Cornett.

Our CEO -- the man who is representing us and our company -- needs to know that he’s offended the hard-working women of T-Mobile. Being courteous to our customers is one of our highest priorities as customer service representatives. But what would happen if we ever swore on the phone? What would happen if we used the same rape metaphor in a conversation with a customer? That would certainly be our last day on the job. It’s not even a question. T-Mobile would escort us to the door -- and rightfully so.

We don’t really think he’s sorry, despite his short apology on Twitter, about what he said. And that’s even more upsetting. It’s hard enough as it is to be women working the male-dominated world of tech. Our CEO’s language is just another reminder of how we don’t belong in the “boys club.”

We want respect when we go to work, and, unfortunately, we don’t always feel that we get it.

We understand that Mr. Legere’s comments were all part of some flashy marketing scheme to get press and to appeal to young people. But is this the kind of message we want to send?

This kind of violent, distasteful language should not be tolerated in the workplace and certainly not coming from the mouth of the company’s top executive. Mr. Legere needs to know that the women who work for T-Mobile will not tolerate the toxic environment that he’s creating.

Carolina and Ashley are joined by their fellow T-Mobile workers Amber, Candace, and Victoria in speaking up. 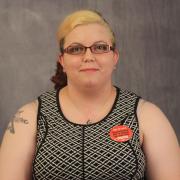 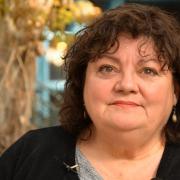 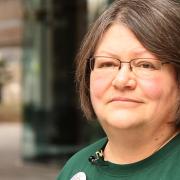 Ashley Wells - Ashley Wells is a T-Mobile worker, union activist, and mom from Albuquerque, NM. She loves educating her co-workers on their rights in the workplace and taking a stand for social justice.

Carolina Figueroa - Carolina Figueroa is a T-Mobile worker, union activist, and proud mom of an eight-year-old daughter from Albuquerque, NM. She’s taking a stand for respect and equality at her workplace.

Amber Cornett - Amber Cornett is a T-Mobile worker and union activist from Albuquerque, NM. She’s proud to be a part of the movement for workers’ right and to speak up for women and families.

Candace Harrison - Candace Harrison is a T-Mobile worker, union activist, and mom from Albuquerque, NM. She’s fearlessly organizing her workplace because, as a former union member at Southwest, she understands the difference a union makes, especially for women and families.