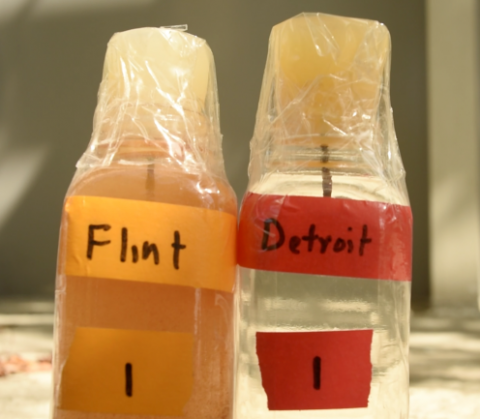 At a fundraising event live-streamed from Flint, Michigan this past Sunday, Flint schoolchildren spoke to their neighbors and the nation. Jeremiah described his headaches, memory loss and stomach pain, and his three months of missed school. The children were resilient and brave, and they need and deserve urgent and continuing support to overcome a problem not of their making.

That’s why the Coalition on Human Needs sent a letter to every Senator urging him or her to act – by voting for a bill that would provide relief to the residents of Flint and other communities affected by lead-contaminated water. We also urged Senators to ensure the bill comes up for a vote as soon as possible.

And we’re hoping you'll join us in this effort. Click here to make your voice heard and urge your Senators to help the people of Flint NOW.

We know the serious harm that can come from even modestly elevated levels of lead in the blood, adversely affecting brain development and potentially requiring years of special education and health services. Changing Flint’s water source to the Flint River in April 2014 has resulted in at least doubling the number of young children with dangerously high blood lead levels. In poor areas in Flint, the proportion of children with elevated blood lead levels tripled, to almost 16 percent, compared to before the switch.

Two years after the contamination began to affect Flint, most residents remain unable to drink, cook or bathe safely in Flint’s water. The health of thousands of Flint’s children is threatened. Adults are also affected. Houses have been declared valueless by mortgagors.

The Drinking Water Safety and Infrastructure Act (S. 2579) will provide desperately-needed funding for water infrastructure projects and to address health needs in Flint and other affected communities.  More resources will surely be needed to fix the human and economic damage done. But this bill is an important first step.

Flint is experiencing a disaster and needs relief urgently. Senators should act now to stop the suffering in these communities and to speed the process of repair.

Urge your Senators to do the right thing for the people of Flint.