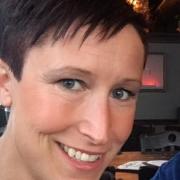 Melanie Donnell
Share This
Add your voice to the comments

This week, EPA Administrator Scott Pruitt is testifying before members of Congress in a hearing entitled “The Mission of the U.S. Environmental Protection Agency.” Although the official mission of the EPA is to “protect human health and the environment,” Scott Pruitt and President Trump have instead done everything they possibly can to undermine public health and environmental protections – creating a nightmare for moms everywhere.

As a public school teacher and mom of a child with cystic fibrosis, I have become very aware of what Pruitt’s actions will mean for our kids. Cystic fibrosis is an inherited, life-threatening disorder that damages the lungs and digestive system, and my daughter has suffered from it her whole life. She is especially vulnerable to air pollution from power plants, and reliant on the lifesaving health and climate protections Scott Pruitt is trying to take away.

Scott Pruitt has made it the “mission” of the EPA to promote chemical industries, fossil fuel companies and other polluters, at the expense of an entire generation of kids. As Nicholas Kristof wrote in the New York Times earlier this year, “What’s happening under the Trump administration is a nationwide echo of what was permitted in Flint: Officials are turning a blind eye to the spread of a number of toxic substances, including those linked to cancer and brain damage.”

In addition to reversing a ban on a pesticide linked to damaging brain development in children, and undoing pollution standards that saves thousands of lives, Pruitt has taken this assault on our public health to a new level. He is attempting to cripple the agency he leads and trying to take away the protections that are critical for keeping our families safe. The Administration’s proposed budget for the EPA slashes funding for the agency by more than 30%, and eliminate more than 15,000 agency jobs.

The state of Missouri, where I’m from, receives more than $81 million every year in grants from EPA that are used to clean up toxic sites and protect clean air and water; and according to the Environmental Defense Fund, “1,256 Missourians are saved every year by EPA programs cutting air pollution and toxic mercury.”

It is critical that as parents, we stand up against these cuts and fight for our families’ health to end this nightmare. I’m urging my Members of Congress to oppose Trump and Pruitt’s devastating EPA budget cuts for my daughter, her peers and my students. I encourage you to do the same – call your members and join me in sharing your story about why a healthy environment is critical for the well-being of you and your family.