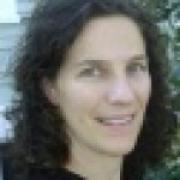 Lisa Frack
Share This
Add your voice to the comments

I'd love to feed my kids knowing that the food and water I give them are safe. You? But I can't. Why? Because the safeguards in this country are so weak that there's rocket fuel in infant formula. I mean, how bad can it get?

Infant formula is frequently a baby's only food for months - right at the time when their developing bodies and brains are most vulnerable to toxic exposures. So it makes sense that it should be 100% safe, right? It makes sense that a new mom or dad should be able to buy powdered infant formula, mix it with water, and feed their baby with confidence.

There are enough other issues to worry about when feeding babies! Like: Are they getting enough? Are they allergic to the formula? Do they take a bottle? Can I afford it? "Am I contaminating my baby by choosing this food?" should simply not be a question we have to ask. Except that we do.

What - and where - is perchlorate?
Perchlorate is a thyroid hormone disruptor that contaminates water supplies of millions of Americans in 28 states and territories. The chemical is also in food: the Environmental Working Group's analysis of data from the federal Food and Drug Administration (FDA) found that three quarters of the most commonly consumed foods and beverages contain traces of perchlorate.

Many Americans are getting a double perchlorate hit - from both food and water. At particular risk are babies in the womb and newborn infants; normal brain development depends on adequate levels of thyroid hormone.

These findings raise new concerns about the rocket fuel ingredient, found in most of us. The CDC has warned that reconstituting cow's milk/lactose formula with water contaminated with perchlorate would cause over half the infants consuming the mix to exceed the so-called "safe" dose set by the Environmental Protection Agency (EPA). And the "safe" level is not very protective of public health to begin with.

We need a strong federal safe drinking water standard for perchlorate
This study presents more proof that what we need is a federal standard that would protect the public from this potent chemical. At her confirmation hearing, EPA administrator Lisa Jackson pledged that she would act "immediately" to reduce perchlorate contamination in drinking water.

Since then, EWG has called on Jackson to fulfill that promise, but so far the agency has not made public a plan of action. The CDC study provides some of the strongest evidence that it is time for EPA to change Bush era perchlorate policies that protect polluters and defense contractors and set a stringent, mandatory standard that protects the health of pregnant women, infants and other vulnerable populations.

What YOU can do: Check your water & ask EPA to set safe drinking water standards
Until that happens, you can limit the exposure to perchlorate in water you drink by using a good filtration system. The best first step is to call your local water utility or look on its website to see if it found perchlorate in the water you are drinking. Or visit EWG's national tapwater database, which shows drinking water contamination in 42 states.

Also, you can write to EPA officials and ask them to take action - like they said they would.

Please note: This post was written with the expert assistance of Jovana Ruzicic, EWG Press Secretary.