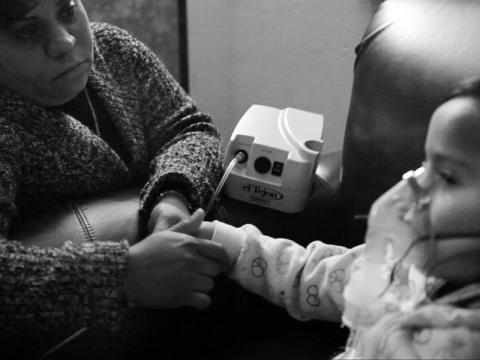 A mother watches over her child during treatment for asthma

Reducing Ozone is a Matter of Life and Death 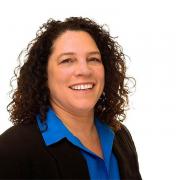 Lisa Garcia
Share This
Add your voice to the comments

Ozone, more commonly known as smog, is a type of pollution formed from the exhaust of power plants, factories, cars and trucks. It is linked to lung and heart disease, thousands of deaths each year and up to 1 million missed days of school.

Smog, contributes to asthma, a condition that increased significantly in recent decades. Asthma now affects 1 out of 10 children and is a greater problem in low-income communities and communities of color where people are more likely to live near power plants, factories and other sources of pollution.

African American children are twice as likely to be hospitalized because of ozone pollution and four times more likely to die from it when compared to white children. Puerto Ricans have the highest asthma rates of any demographic group in the country. More than 1 in 7 Puerto Ricans have asthma.

Recently, the U.S. Environmental Protection Agency took an important step to do something about this by requiring stricter limits of ozone emissions which would improve the quality of the air we breathe. If the EPA finalizes stricter smog limits it would go a long way toward reducing the number of scary trips to the emergency room for children with asthma and save thousands of lives.

Finalizing stricter smog limits might be an uphill battle however. The factories and industries that pollute heavily are sadly and predictably lobbying against the new ozone proposal.

We’ve seen this fight before. EPA introduces regulations to protect human health and industry claims the economy will collapse. But since the EPA passed the Clean Air Act in 1970, the economy has more than tripled, while reducing the amount of ozone, carbon dioxide and particulate matter among other pollutants. A similar fight is looming here.

In 2011, former EPA Administrator Lisa Jackson—following the advice of EPA science advisors- recognized that the current smog standard of 75 parts per billion is insufficient to protect public health—which is what the Clean Air Act requires—but as EPA tried to push to strengthen the smog standards, business interests challenged and beat back those efforts.

After 4 years of more extensive research of the health and scientific data, the EPA has proposed lowering the standard to 65-70 parts per billion and industry is again raising a stink with ridiculous claims that limiting ozone pollution under this new standard would damage the economy.

For the record: No economic crises have ever been caused by protecting our health and enacting tougher environmental standards.

For industry, this issue is really about keeping business profits high, keeping expenditures as low as possible and refusing to invest in proven pollution control equipment that would help protect neighboring communities that house those very profitable facilities.

Right after the proposal, some in Congress like, Sen. Jim Inhofe, (R-Okla.) the chairman of the Environment and Public Works Committee have said they will use whatever rules they can to stop the Obama administration from setting tougher limits for smog, and other forms of pollution like carbon dioxide and methane.

As a former EPA advisor on environmental justice issues, the reason we need to set tougher smog limits is a no-brainer: You reduce ozone emissions to save lives and improve the health of everyone whose health is harmed by smog. No one has said close down or ban industries: any improvements would be an investment in our future. It may sound like a cliché but this is truly a matter of life and death.

To me the issue is about public health and protecting our children.

If we all step up to demand that that our right to breathe be protected, public health can win over business profits. I’m planning to fight for the millions of children in the U.S. who end up in emergency rooms gasping for air. And I hope you will join the fight and send comments to the EPA, calling for the most stringent standard possible to protect public health.

It will take everyone who cares about defending the right to breathe healthy air weighing in during the public comment period, which ends March 17, to make a difference.