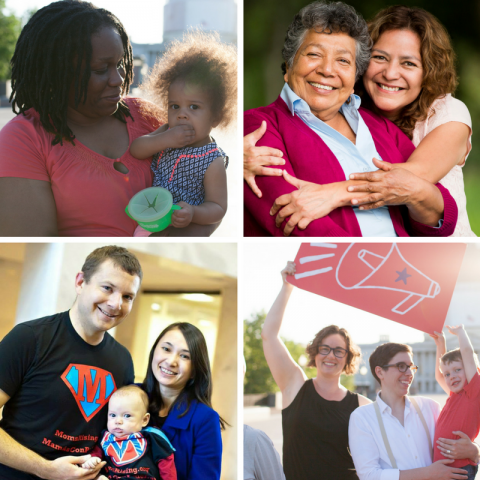 This is one of those good news / bad news / we need to take action posts, so here we go!

The bad news is that DC’s Office of Paid Family Leave recently released proposed benefit regulations for the District’s paid leave program and unfortunately, there’s a serious problem with these proposed regulations. But if we speak up about this problem, we can fix it!

The proposed regulations include a “current employment” requirement that means tens of thousands of workers may not be able to access the paid family and medical leave benefits they’re promised by the law.

The Universal Paid Leave Act is supposed to apply to everyone who has worked in DC in the past year. The 'current employment' requirement means that people who are between jobs for any reason — whether they were laid off when they’re pregnant, or are temporarily unable to work for medical reasons or because they are caring for a loved one — don't get the financial support that was already paid for and that the Universal Paid Leave Act promises them.

Thousands of people in DC work for very small businesses (under 20 employees) or have been at their current jobs for under a year, and so do not qualify for DC FMLA job protection when taking paid leave. Without the employment protections provided by DC FMLA, a 'current employment' requirement may unfairly put paid leave out of reach for over 58,000 people whose employers have no legal obligation to hold their job. This requirement also incentivizes bad bosses to fire pregnant or care-giving employees — mostly women — instead of granting them leave. Low-wage workers, who are disproportionately women of color in DC, will be hit hardest by this retaliatory discrimination.

This is not the universal paid leave that we fought hard to pass in 2016!

Quickly take action now! Urge the Office of Paid Family Leave to get rid of the 'current employment' requirement.

Luckily, the proposed regulations do contain some great improvements. Paperwork requirements have been streamlined and family definitions have been expanded to include all siblings. These changes happened because hundreds of people – including many MomsRising members – raised their voices the last time regulations were issued.

Let’s do it again! Let the Office of Paid Family Leave know what’s wrong – and what’s right – about these regulations.

Together, we are a powerful force for women and families in DC.