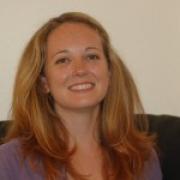 Yesterday, USA Today ran an article to discuss EPA’s wavering support over the years to protect children’s health by not eliminating toxic chemicals from our community. Take a read, it’s a great article. The author Blake Morrison is also one of the authors of the expose in December 2008 that showed a nation-wide relationship between school locations and toxic air pollution.

What does this really mean? It’s not just your community decision maker’s who aren’t living up to our social contract for protecting our children’s short and long-term health, communities all around the country are negligible. Without safe school siting laws, schools are being built on, near, or inside sources of pollution. And EPA can do something about it.

Coincidently, also yesterday, over a dozen activists locked down outside EPA headquarters in Washington DC. They are fighting to end mountaintop removal; a nasty practice of blowing up mountains to extract coal, while also decimating communities and putting children’s health at severe risk. The activists are asking EPA Administrator Lisa Jackson to visit the area in West Virginia that is being torn apart by this environmental and social injustice in the hopes that seeing this destruction will help her act quickly.

Over the past year, Administrator Jackson has pledged that her agency is back at work defending children’s health by ending environmental injustices, but when it comes to ending mountaintop removal, the agency is stalled. In September of 2009, Jackson temporarily held up 79 mountaintop removal permits due to Clean Water Act violations. But there is evidence that the agency may be releasing one or two projects shortly.

What does this have to do with children’s health at school? By allowing mountaintop removal to continue, EPA is putting children directly into harms way. Because our nation has very few safe school siting policies, schools exist very close to these projects. Marsh Fork Elementary stands 400 feet from a sludge refuse dam (poisonous coal extraction leftovers). If this dam breaks, 200 children would need to run to safety in under 1 minute. This is a prime example of how a precautionary approach must be taken when considering where to build a school and how to use our natural resources.

Stand by these activists as they start their second day locked down outside EPA headquarters by writing on Lisa Jackson’s facebook wall, “Go to Appalachia and see for yourself, it's time to end MTR!

Or better yet, call EPA and leave her a message. 202-564-4700. All you need to say is that you believe children’s health must be protected and mountaintop removal must end.

For a toxic free future,