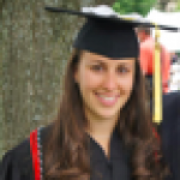 I am Katie Fink, one of the Environmental and Climate Justice Leadership Fellows working specifically on Region 7.  I am originally from Baltimore, and therefore have a particular interest and stake in Region 7's environmental and climate justice issues.  Because of this, I recently had and eye opening interaction with Mayor Stephanie Rawlings-Blake.  A few weeks ago, I attended my brother's family weekend at Goucher College in Towson, Maryland.  As part of the family weekend, Mayor Stephanie Rawlings-Blake spoke on the topic of "Running a Major American City in Tough Political and Economic Times."  At Goucher College, students get first priority to ask the speaker a question, so during the Mayor's speech, as she was talking about growing the population of Baltimore as a top priority, I quickly jotted down a pressing question, for my brother to ask, related to environmental and climate justice.

The question he asked was: "How would the Energy Answers incinerator, intended to be constructed in Curtis Bay, help or hurt Baltimore residence through tough political and economic times?  If you plan to increase the population of Baltimore, how would the United States’ largest proposed incinerator attract new families and keep current residence in Baltimore?"  The answers she gave were quite concerning.  She said although she is not an Energy Answers expert, from what she knows, the Energy Answers incinerator is not "your grandfather's incinerator."  She stated that it will attract people to Baltimore because it "isn't dirty" and "will create jobs."  She said she is under the impression that the effects are negligible.

However, she did follow up by saying "whether a proposed incinerator is the biggest or smallest in the United State, if it causes harm to the environment, I do not want it in Baltimore."  So that gives me hope! After the program ended, numerous parents, students, and faculty thanked my brother for asking such an important question and addressing real issues.

As a concerned Baltimore resident and Environmental and Climate Justice Leadership Fellow here at the NAACP, I feel that we must ensure that Mayor Stephanie Rawlings-Blake is well informed on this egregiousness assault on the under-represented residents of South Baltimore and the environment.  In my opinion, the Energy Answers incinerator will not attract people to Baltimore and will not help the city economically.  Who would want to live in a city that is the dumping ground for the rest of the country?  An incinerator that emits Lead, Mercury, CO2, and NOx is not good for anyone in Baltimore, especially the low income and predominantly Latino population in South Baltimore who already carry a significant Lead burden. For many, details about the true costs of the incinerator are shrouded in a cloak of mystery.  In order for the Mayor to accurately reflect the opinions of the people who will be affected, we must learn about what this incinerator really means for our community and raise our voices to let the Mayor know what is important to us.  Incineration can no longer be a Tier 1 source of energy on Maryland's Renewable Portfolio Standard, let alone on Maryland's Renewable Portfolio Standard at all.  Most importantly and immediately, the Energy Answers incinerator cannot come to Baltimore!

I feel that this incinerator is a serious issue for our constituency and we must ensure that the Mayor has the information she needs to protect our best interests.