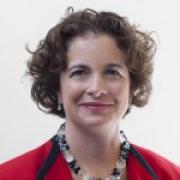 Leslie Kantor
Share This
Add your voice to the comments

Last week I was watching the popular TV show The Middle, and parents Mike and Frankie Heck were struggling to remember if they’d ever spoken to their kids about sex.  “That’s what schools are for,” Frankie, the mom joked.

Yikes!  The good news is, unlike in the show, 90 percent of parents have talked to their children about topics related to sex, according to a Planned Parenthood nationally representative poll of more than 2,000 parents and teens.  The survey also found that parents want help from schools getting these important messages across to young people, and that teens would also like some more guidance in learning about sex.  The vast majority of parents (94 percent) and teens (88 percent) said it’s important that sex education be taught in middle schools, and of 96 percent of parents and 93 percent of teens reported that it’s important that high schools teach sex education.

Despite this tremendous desire for comprehensive sex education, if you watch the news or pay attention to a small, but vocal, group of opponents, you might get the impression that few parents support it and that they believe school-based sex education undermines their work at home.  In truth, however, most parents think comprehensive sex education supports their efforts to make sure their teens have the information they need to establish healthy relationships and avoid STDs and unintended pregnancy.

And it’s not just parents who believe in the importance of sex education in schools.  More than 140 organizations support comprehensive sex education, including the American Medical Association (AMA) and the American Academy of Pediatrics, both of which recommend that schools implement comprehensive, developmentally appropriate sexuality education programs.

Approximately 750,000 teenagers in the United States will become pregnant this year, and half of the 19 million cases of new sexually transmitted diseases that occur each year happen among 15- to 24-year-olds.  As a nation, we have a lot of work to do to give young people the tools they need to protect themselves and make good decisions about sex.  School-based sex education can help.  In fact, a CDC report shows that the teen birthrate is lower in states where students receive comprehensive, evidence-based sex education.   And hundreds of studies have shown that comprehensive sex education programs are more likely than programs that teach abstinence alone to help young people wait to have sex, use condoms and other forms of birth control when they do, and limit the number of partners they have.

As parents, there’s a lot we can do to ensure our teens receive effective sex education in school.  We can get involved in the PTA, work as advocates in our communities, or join local school health education committees or the school board to ensure that young people are receiving the important, accurate information they need.

One parent in Utah, the mother of two teenage girls, attended committee meetings and supported her daughter when she testified against an abstinence-only bill that would have made all sex education classes “opt-in” instead of “opt-out” and prohibited any discussions of contraception or homosexuality.  Tens of thousands of Utah parents also signed a petition that was delivered to the governor.  Thanks to these parents, the governor eventually vetoed this harmful bill.

Parents and schools can and should work together to teach our kids about sex and sexuality.  We owe it to our teens to ensure they have enough information and resources to make informed decisions and stay healthy.

We’ve seen such fantastic coverage of Let’s Talk Month — thank you to everyone who is having these conversations, online and off.  Here’s a blog round-up of Let’s Talk entries from the month:

Family Circle: Momster: Actress Alfre Woodard on Talking to Her Kids About Sex

MyBrownBaby: Stakes Is High: Talking To My Teen About Sex Just Got Real—And I Can’t Be A Punk About It

Mommyish: It’s Awkward As Balls To Discuss Sex With Kids, Do It Anyway

Country Fried Choice:  Let’s Talk About Sex: Getting the Conversation Started for Parents and Teens

Family Circle: Momster: One Mom Talks to Her Teenage Daughter About Sex

Family Circle: Momster: 5 Common Parental Concerns About Talking To Your Kids About Sex

And check out the rest of the Momster blog entries HERE.