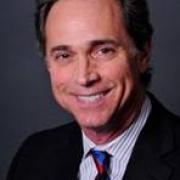 Frank Clemente
Share This
Add your voice to the comments

You read that right: They paid LESS THAN ZERO in taxes. You probably paid more than they did! We have a chance right now to close two of the biggest tax loopholes that let them do it -- but we have to act really fast.

These two loopholes reward big corporations like GE for shifting profits to offshore tax havens, where the U.S. can't tax them.

Sen. Wyden (D-OR) chairs the powerful Senate Finance Committee, which will vote tomorrow on whether to keep the GE loopholes or kill them.

If we can pull this off, it's a multi-billion dollar win.

Frank Clemente is the Executive Director of Americans for Tax Fairness.