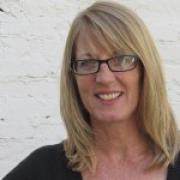 You'd think a pesticide based on flowers would be harmless, right? The promoters of synthetic pyrethroids — which mimic the natural pyrethrum extracted from chrysanthemums — certainly want us to think so. But once again, the latest batch of "safer" pesticides are not as harmless as we thought, and pose particular risks to children.

Unfortunately, EPA seems to be turning a blind eye to emerging evidence, and is poised to open the floodgates to more pyrethroid products and uses. We need to tell them it's not a good idea.

Pyrethroids exploded onto the market more than a decade ago, and are now in widespread use on pets, in homes and gardens, and in agricultural fields. But studies exploring our levels of exposure and the long term health effects have only bubbled up in the past few years.

And the findings raise some serious red flags. A 2010 study on exposure levels, for example, found that more than 70% of us have been exposed to the pesticides, with children facing the highest levels.

Our colleagues at Beyond Pesticides have been keeping close tabs on the emerging science of pyrethroids, including impacts of low dose exposure on puberty, the prevalence of the chemical in daycare dust, and impacts of the "new" pesticides on bees.

As we reported in GroundTruth last spring, in early February 2011 a careful, solid study on prenatal exposure found that children whose mothers were exposed to higher levels of pyrethroids during pregnancy were three times more likely to have developmental delays.

A few years back, The Center for for Public Integrity reported that the new, supposedly safer pesticides now lead the pack in terms of number of poisoning incidents nationwide, and the number of moderate to serious incidents — more than 6,000 — is significantly higher than any other group of bug killers. Huh. Maybe not so safe after all.

Tell EPA not to ignore the evidence

In early November, EPA issued its evaluation of the "cumulative risk" of pyrethroids and pyrethrins (the naturally derived variety). Astonishingly, they concluded that these pesticides “do not pose risk concerns for children or adults,” and are proposing to green light product expansion.

As our colleagues at Beyond Pesticides note, this finding ignores a wealth of independent data not only on a range of human health effects, but also on the onset of insect resistance.

So not only are the risks higher than originally believed, but now questions about whether the products even work are emerging as bugs evolve to resist them. Sound familiar?

A version of this post appeared previously on GroundTruth.