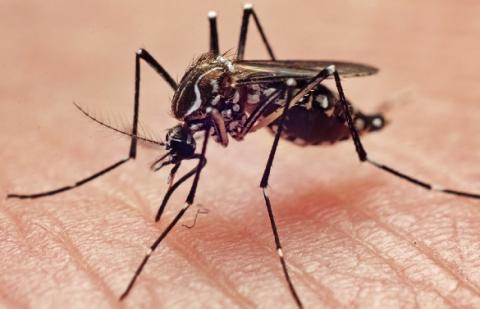 If you read CHN’s latest Human Needs Report, posted earlier this week, you know that Congress continues to squabble over funding for the Zika virus. They left for the fourth of July recess without approving additional funds.  And, thanks to an in-depth article that appeared Sunday in the Washington Post, we are now getting a better idea of the tremendous geographic disparity involved when it comes to effective mosquito eradication – the only thing that can control Zika, at least until a promised virus comes along.

How bad is this disparity? Some local jurisdictions with ample funding have fleets of airplanes and helicopters on standby. An example is Lee County, Florida, which is used to dealing with mosquitoes – they breed in nearby salt marshes. Lee County has $16 million on hand that pays for four planes, 11 helicopters and scores of spray trucks.

Contrast that with New Mexico’s impoverished Dona Ana County, right across the border from Ciudad Juarez. Officials there have printed up 12,000 copies of a Spanish-English coloring book that features Keeko the “mosquito bandido.”

Which approach do you think would be more effective?

And sometimes, it comes down to competing resources. In Alabama, which is at extremely high risk when it comes to the Zika virus, some counties have little or no capacity to carry out the vector control programs needed to control mosquito populations. Jim McVay, who oversees health promotion and chronic disease for the state public health department, told the Washington Post that local officials must make painful choices. “Are you going to pick up the garbage on the street three days a week, or have somebody go out and spray tonight? Because you can’t do both.”

What are the human implications if we fail to adequately fund local efforts to fight Zika? Profound.

Zika infections are especially dangerous for pregnant women, putting their fetuses at risk of developing severe birth defects, including microcephaly, in which the brain fails to grow properly. The Centers for Disease Control and Prevention already is monitoring nearly 500  pregnant infections in the U.S., and that number is expected to grow. Eight U.S. pregnancies have already resulted in birth defects.

Mosquito control is primarily the responsibility of local jurisdictions. But local jurisdictions need additional funding – which makes the hold-up in Congress all the more exasperating. On the one hand, CDC Director Tom Frieden told the Post he is encouraged by the dedication of communities around the country aiming to educate the public and reduce the risk of infection.

“But not having the [federal] funding hinders states, cities and counties and makes it harder to protect pregnant women,” Frieden said. “CDC is scraping together funds to meet immediate needs – but this is no way to fight an epidemic.”

And while the risk of widespread outbreaks might be low, the consequences could be devastating, Frieden said. “You are now in a situation where you could be sitting on your patio somewhere in the U.S. South and you get a mosquito bite and your life changes.”