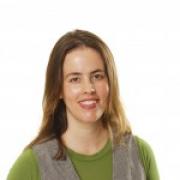 Juliet Sims
Share This
Add your voice to the comments

McDonald’s has pledged not to market branded foods to children in elementary schools. Yet a new report released by Michele Simon and Corporate Accountability International describes how educational fundraisers like McDonald’s McTeacher’s Night violate the spirit of the pledge – and worse – buy silence when it comes to junk food marketing and children’s health.

During McTeacher’s night, schoolteachers actually work the counter of a local McDonald’s, serving up the company’s signature hamburgers, fries, and chicken nuggets. A certain percentage of the profits get sent back to the school, so local families are encouraged to dine at McDonald’s in the name of raising funds for education. It’s a key component of McDonald’s education-based philanthropy.

Since I first learned of the fundraiser several years ago, it’s been clear to me that McDonald’s gets more out of McTeacher’s Night than the schools it partners with do. With every fundraiser, McDonald’s receives an implicit stamp of approval from educators and free PR to boot, all while its products – high in salt, sugar, and fat – contribute to poor health and chronic disease among children and families.

But Simon’s new report details just how meager the benefits of these fundraisers really are for schools. With every McTeacher’s Night, schools receive only 15-20 percent of profits over the course of a three-to-four hour shift. In Reno, Nevada, the Echo Loder Elementary School raised $500 from McTeacher’s Night – amounting to a mere 93 cents per student. At the same time, local news coverage featured video of Ronald McDonald playing with school kids, providing valuable airtime to the restaurant.

When you factor in the free labor provided by teachers, the cost to McDonald’s to purchase comparable advertising aimed at the same audience, and the increased business generated by parents who want to support their schools, McTeacher’s Night stops looking like a charitable event at all.

That’s cause enough for putting a stop to it. But as a mother and a health advocate, I have to say that the most insidious aspect of McTeacher’s Night is the chilling effect it can have on discussions about junk food marketing to kids. In the ‘always on’ media environment that today’s kids live in, it’s ever more critical for our children to develop media literacy – to understand that companies are targeting them directly with messages designed to build brand loyalty. Schools are a natural place to educate children about marketing, and to develop the critical thinking skills needed to recognize it. It’s also where kids can learn about nutrition and the harmful impact of junk food. When McDonald’s engages in educational philanthropy, it’s buying silence and complicity from the schools it partners with. And that’s a steep price to pay.

McDonald’s should abide by its pledge not to market in schools – and that includes the direct targeting of children and families through McTeacher’s Night. And in the meantime, schools and parents can put in place healthy fundraising policies and practices that support education without sacrificing health.  Such policies are a clear win-win, fostering community-wide health among schools, teachers, families, and children.