Keep Arsenic out of our Chicken and our Environment 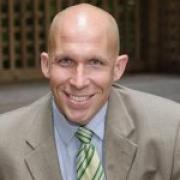 Those are the ways that scientists, environmentalists, and nurses describe the widespread practice of adding arsenic compounds to poultry feed. Yes, arsenic, one of the world’s most deadly poisons, a Class A carcinogen that is associated not only with cancer but also with heart disease, diabetes, chromosomal damage, and neurological problems in children. And it’s routinely fed to livestock, especially chicken, the most popular source of American protein on America's tables.

How is this possible? In 1944, the FDA approved the use of roxarsone, an antibiotic for chicken that contains arsenic. The drug is used to prevent outbreaks of the disease coccidiosis, which is associated with dirty and overcrowded chicken houses, as well as to make chicken grow faster and appear pinker in the supermarket.

For decades, giant chicken producers have required their contract farmers to feed this drug to their chickens. Most roxarsone passes through the chicken, and arsenic-laced litter is commonly spread on farms as fertilizer. If rain falls after the litter is distributed, the arsenic-laced litter washes off into surface waters, including our Chesapeake Bay, where it is taken up into fish and seafood. If it doesn’t rain, the roxarsone breaks down into arsenic, which binds to the soil and builds up over time. After decades of application of arsenic-contaminated litter, some Maryland farms are so saturated with arsenic that they can never be decontaminated.

Finally, we have a chance to keep 30,000 pounds of arsenic each year out of Maryland’s soil and the Chesapeake Bay – and out of the chickens we process for sales across the U.S. The General Assembly is considering a bill I’ve introduced since 2010 to ban the use of arsenic-containing drugs. Each year, powerful special interests from the agriculture and drug industries have killed the bill. But this year may be the year it becomes law.

Two things have given us new momentum. First, for years, the industry has insisted that no arsenic ends up in our food. But in June 2011, FDA lab tests found elevated levels of arsenic in chicken livers. On the day the FDA announced the results, the drug’s distributor, Pfizer, announced a temporary suspension of sales.

Second, in December 2011, the University of Maryland’s Harry Hughes Center for Agro-Ecology issued a thorough review of scientific literature that showed conclusively that roxarsone breaks down into arsenic, that arsenic-containing litter dissolves in water and washes off into surface water during rainstorms, and that in dry periods, the arsenic binds to our soil permanently.

This only underscores alarm bells that industry insiders have been hearing for years.
Five years ago, concerns about roxarsone led Perdue to stop using roxarsone. Purina Mills, the largest producer of chicken feed, refuses to produce feed with roxarsone and insists the drug is not necessary. And McDonald’s restaurants, the largest purchaser of chicken, refuses to buy chicken that has been fed arsenic, because of their “highest concern for food safety.” But this information is not widely known to the public, or there would be more widespread concern. In fact, the vast majority of chicken available for sales in grocery stores or fed to our children in most schools would be considered too unsafe to serve by McDonald's.

Europe outlawed roxarsone in 2000, and it has been prohibited in Canada since last year. We have a chance to ban it this month in Maryland, and we expect other states to follow our lead. Once enough states take action, the FDA will have to step up to keep arsenic out of our food and environment.

But we need your help! Lobbyists from giant agricultural interests and pharmaceutical companies have an enormous influence on government officials. They need to hear from you.

Please spend 45 seconds at http://tomhucker.com/arsenic-action to urge your member of Congress and Maryland lawmakers to ban arsenic. And when you are finished, please share this article and the link with others, especially via facebook or twitter. It’s critical that we fight the organized special interests with organized consumers and voters. Working together, we can win safe food and a clean environment!