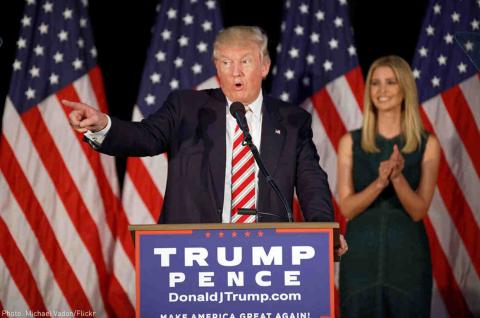 In Trump’s ‘Maternity Leave’ Plan, The Devil — and the Stereotypes — Are In the Details 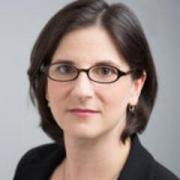 This post originally appeared on the ACLU's site and is reposted here with permission.

In Donald Trump’s speech to Congress this week, he surprised many by mentioning the need to “ensure new parents that they have paid family leave.” The president is correct about one thing: Congressional action on paid family leave is long overdue.

But as with all policy proposals, the devil is in the details. If Trump’s proposal continues to reflect what he floated during the presidential campaign — reportedly prompted by his daughter, Ivanka —then it is not in fact for family leave. Rather it’s for maternity leave, for married birth mothers only, making this proposal as inadequate as it is discriminatory.

Shockingly, there is currently no federal requirement that employers offer paid parental leave — the U.S. is alone among developed nations in this respect. Existing federal law under the Family and Medical Leave Act provides limited benefits — only 12 weeks of unpaid time off, which the majority of workers can’t afford to take — and is only available to those who work for large employers or who have worked at their job for long enough to qualify, leaving approximately 40 percent of workers ineligible. Although there has recently been some progress at the state and local level — California, New Jersey, New York, Rhode Island, and San Francisco have enacted paid family leave laws — a benefit this critical for working families should not be left to states and cities any more than it should be left to the goodwill of individual employers.

And few employers do so voluntarily. According to a recent report by PL+US, a paid leave advocacy organization, 13 percent of private sector employees overall, and only 6 percent of low-wage workers, have access to any paid family leave through their employer. Too many new parents are thus faced with the impossible choice between sacrificing much needed income or returning to work immediately without time to recover from childbirth or bond with their new baby. One study even showed that nearly one in four workers returned to work within two weeks of having a child. The impact of the lack of paid leave on families’ financial and emotional wellbeing is thus difficult to overstate.

But the Trump proposal in its current form won’t fix these problems because it has several fundamental flaws.

First, the policy is inadequate: It would only provide for six weeks’ leave at partial pay, making it out of reach for low-income women and failing to account for medical complications from birth or recovery. It also fails to address serious health conditions for one’s self or for loved ones other than newborns, such as aging parents, young children, or spouses and partners — caregiving work that also falls disproportionately on women.

Second, it perpetuates sex stereotypes. While workers who have given birth need sufficient time to physically recover, limiting paid leave to mothers perpetuates the notion that only women can or should care for children. This is hardly surprising coming from a billionaire who bragged about never changing a diaper, described his marital division of labor as “I’ll supply the funds and she’ll take care of the kids,” and characterized men who participate equally in parenting as “acting like the wife.”

Such stereotypes are unacceptable, and the ACLU has long fought to combat them, such as in our case on behalf of a male state trooper denied access to FMLA leave to care for his newborn child. They lead to reluctance to hire or promote women, contributing to the gender wage gap, and deprive fathers of critical bonding and parenting opportunities. Indeed, the Equal Employment Opportunity Commission has warned that unequal leave policies between women and men may be discriminatory. Federal leave policy should eliminate, not perpetuate, gender inequality.

Third, the restriction of benefits to married birth mothers ignores the fact that unmarried mothers are more likely to be heads of household, to have lower household income, and to struggle with poverty. And it ignores everyone else — dads, non-birth moms in same-sex partnerships, two-dad families, and adoptive parents — all of whom are equally in need of adequate time to care for and bond with the newest members of their families. These extreme and irrational limitations render the proposal fundamentally out of touch with the needs of today’s working families.

Luckily, there is a clear alternative: the Family and Medical Insurance Leave Act, introduced last month by Sen. Kirsten Gillibrand (D-N.Y.) and Rep. Rosa DeLauro (D-Conn.). The FAMILY Act would provide workers with 12 weeks of partially paid leave to care for a new baby or sick family member or for their own serious health condition. The leave would be available to employees at businesses of all sizes and would be available to spouses and domestic partners, same-sex couples, and adoptive parents.

It’s past time for us to reckon with the unsustainable cost of failing to provide paid family leave on families’ economic security, children’s health outcomes, and national productivity. But we can’t settle for a policy that provides the bare minimum or that reflects some out-of-touch and distorted view of what families should look like. It is perhaps too much to hope that members of Congress could work together to enact paid leave, much less that they could ensure leave that is sufficient, comprehensive, and accessible to all types of parents and families, as the FAMILY Act does. But it shouldn’t be.

If you would like to get involved in state or local advocacy for paid family leave, let us know. If your employer provides unequal amounts of leave for different types of parents, we want to hear from you—please fill out our survey.