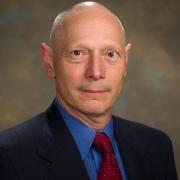 Bruce R. Krawisz, M.D.
Share This
Add your voice to the comments

Climate destabilization is devastating our world.  Wildfires consume California; larger and more powerful tropical storms threaten our Caribbean and Atlantic coasts.  There are more spring floods in the US Midwest and droughts in the Mediterranean basin and the Western US.  The average surface temperature of Earth increased by 1°C (1.8°F) since 1900; by 2040 this increase may be 1.5°C (2.7°F).  The health of our children and grandchildren is in the cross hairs of the climate crisis.

The atmosphere acts like a blanket around the Earth.  There are molecules called greenhouse gases that slow the movement of heat from Earth to outer space.  Unfortunately, human activities release additional greenhouse gases that retain more heat.  The most important greenhouse gases in our atmosphere are water, carbon dioxide (CO2), methane (CH4), and nitrous oxide (N2O).  Three of these (CO2, CH4, and N2O) are released in large amounts by human actions and create global warming.  Carbon dioxide also dissolves into and reacts with water to form carbonic acid.  This causes ocean water to be more acidic.  This is why our oceans are becoming both warmer and more acidic as result of climate destabilization.

Scientists predict that agricultural harvests are likely to decline as the climate heats up because farming is sensitive to weather and climate.  Climate destabilization causes droughts in some areas when temperatures become warmer, but rainfall does not increase to make up for evaporation from soil and plants.  Greater rainfall occurs in other areas because higher temperatures cause more water evaporation from tropical oceans.  This water falls out as rain when clouds move into cooler areas.  At the present time, the American West is experiencing drought while the Midwest and Northeast have more rainfall and flooding.  In the Middle East extreme heat combined with drought may make agriculture impossible.  Milder winters also promote the survival of insect pests in temperate areas.

There may be reduced harvests from the ocean.  Warming of water reduces the concentration of oxygen (O2).  Cold water contains an abundance of oxygen for organisms to breathe while warm water contains less.  The combination of warmer water, less oxygen in water, and acidification by CO2 is harmful to ocean life.  Some fish populations are migrating towards the poles.  Corals are dying and some shelled animals cannot make shells in acidic water.  In extreme circumstances, there may be areas of lakes and oceans where almost nothing can live.  In newspaper reports these are described as “dead zones.”  The Caribbean Sea near the mouth of the Mississippi River is sometimes a “dead zone.”

Toxic blooms are caused when manure, sewage, or fertilizer run-off from land encounters warm ocean or lake water.  This causes rapid growth of microorganisms such as algae or cyanobacteria.  Blooms have occurred recently along the Florida coast and in Lake Erie.  When microorganisms grow rapidly, they consume all the available oxygen in the water and kill everything else living there.  Toxic blooms may render water poisonous for drinking or swimming.

In 2019 the government of Indonesia abandoned its capital, Jakarta, because of rising water levels in the city.  When water warms, the average distance between water molecules becomes greater (thermal expansion of water).  If we warm a glass of water, thermal expansion is too small to see.  However, if we warm an immense body of water like Earth’s oceans, sea level rises.  Another cause of rising seas is melting of ice on land.  When global warming causes ice to melt in Greenland, the Antarctic, Canada, or the Himalayas, melt water flows into the ocean augmenting sea levels.  As sea levels rise, coastal cities are threatened by flooding during high tides.  Scientists predict a worldwide sea level rise of between 0.26 – 0.77 meters (0.85-2.53 feet) by 2100.  People may be forced to migrate inland or protect coastal cities with dikes and sea walls.  Recently the Texas state legislature has discussed constructing a sea wall along the Texas coastline.

As global temperatures warm, insects respond.  In the last 10 years deer ticks (Ixodes scapularis) have migrated north from Maine and Minnesota into Canada.  They have carried with them Lyme disease (caused by a bacterium of the genus Borrelia).  The incidence of Lyme disease has increased ten-fold in Canada since 2004.  Similarly, the Culex mosquito has migrated north from the US to Canada carrying the virus that causes West Nile encephalitis.  The tropical mosquito Anopheles which transmits malaria has moved to higher altitudes in Africa due to milder weather.  Climate change has allowed the Aedes tropical mosquito to infect more people with Dengue fever.

The Permian-Triassic extinction (250 million years ago) occurred because a volcano set large deposits of fossil fuels on fire.  There was rapid climate destabilization and ocean acidification then just as there is now.

With all this, we need to take seriously calls for action, like the Call to Action on Climate and Health for those in health leadership.

Please share in the comments your ideas and concerns related to climate change and actions you can take.