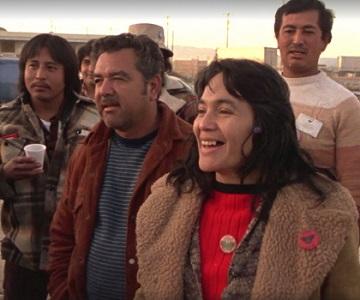 MomRising is thrilled to share an exclusive look at the poster for Dolores, a new documentary film about the legendary, and tireless, Dolores Huerta. Directed by Peter Bratt (Follow Me Home, La Mision) and executive produced by Carlos Santana, Dolores opens in select cities across the country in September, just in time for Hispanic/Latino Heritage Month! 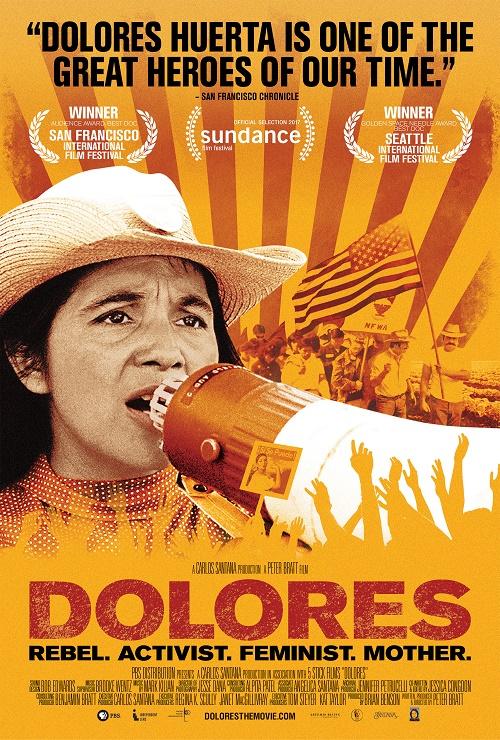 Dolores tells the powerful story of Dolores Huerta who is among the most important, yet least known, activists in American history. An equal partner in co-founding the first farm workers unions with Cesar Chavez, her enormous contributions (which include coining the ubiquitous phrase, ‘Si, se puede!’) have gone largely unrecognized. A veteran activist for labor rights, racial justice and women’s rights, Dolores accomplished extraordinary gains while balancing single motherhood and a movement that at times was resistant to female leadership.

At 87 Dolores continues to organize leaders at the grassroots level through the Dolores Huerta Foundation. From organizing laborers in the 1950s, to fighting against the school to prison pipeline and LGBT equality today, Dolores’ life work proves that now is always the right moment to pursue positive change.

Dolores will travel with the film and participate in theatrical Q&As in select cities across the country. Click here for more information about the film and the list of cities where it will open.

Watch the trailer below.