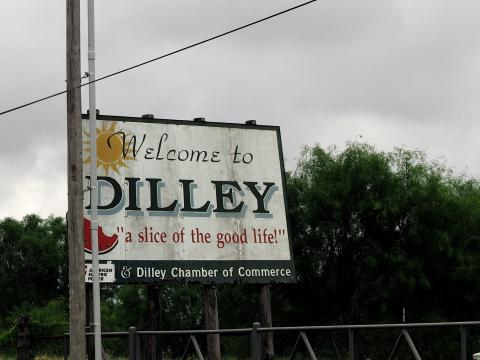 Family Detention Can't Be Fixed - It Must End 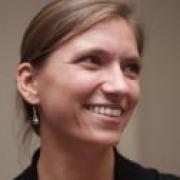 Katharina Obser
Share This
Add your voice to the comments

“Welcome to Dilley: a Slice of the Good Life!” read the sign on the side of Interstate 35 in south Texas. The message is a stark contrast to the reality that I witnessed only a few minutes later. This small town is the site of the Department of Homeland Security’s (DHS) latest chapter in the detention of mothers and children fleeing violence: the South Texas Family Residential Center. A facility that didn’t exist a year ago will, by the end of the month, have permanent facilities to detain 2,400 women and children, more than half the size of the town of Dilley’s population and more than any other immigration facility in the country.

The enormity strikes you immediately. While the barren dormitories, courtrooms, and a cafeteria are features I’ve seen in many adult detention centers, seeing a school and “neighborhoods” with such child-like labels as “Yellow Frog” or “Red Parrot” feels profoundly out of place given the setting. The dorms we saw lacked meaningful privacy, and for each 120 beds there were only eight showers for women and children at the end of a long hallway – covered yet completely outdoors. Mental health services for these mothers, we were told, included group therapy for anger management or institutional adjustment, rather than more trauma-informed approaches that recognize the circumstances most families are fleeing.

Despite widespread opposition to the practice, including a letter signed by nearly 200 organizations sent to the President just days ago, this Administration remains firmly committed to family detention. Immigration and Customs Enforcement (ICE) Wednesday announced new measures to increase oversight and improve conditions and legal access in family detention. Oversight and accountability have long played an important role in detention management. “But committees and cubicles won’t touch the heart of the problem,” as the New York Times editorial board wrote so powerfully this morning. After countless interviews with mothers despairing over their children’s well-being, and years of documenting the toll confinement has on families, the most fundamental question remains: is there really a way to make family detention “humane?”

Learning that the Administration stands by this devastating practice a mere day after visiting with scores of detained women and children was heartbreaking. At Dilley, well over 100 women came forward to meet with my colleagues and me. Surrounded by their children, mothers told us they couldn’t understand their legal cases or how to request release or a bond they could afford. They explained that their requests for medical care were going unanswered, and that signs of infection in their children were met with instructions to “drink more water.” Instead of subjecting them to months of costly detention, these mothers and their children could be safely released to relatives living in the U.S., reducing trauma for their children and increasing their chances of accessing legal services. Alternatives to detention are another tool the government has at its disposal where additional supervision measures are needed.

The ongoing implication by the Administration that Central Americans fleeing to the United States to escape violence are illegal entrants undermines this country's historic commitment to refugees. New statistics published last week show that 88% of recently detained families who go through an initial screening are found to have a “credible fear” of return and may be eligible for protection. Time and again I have spoken to detained mothers who have told me that they uprooted their children and fled only when they felt they had no other way to protect their children’s lives.

We are heartened to see Members of Congress speaking out for these mothers and children including in statements this week from Reps. Roybal-Allard (D-CA), Lofgren (D-CA), and Gutierrez (D-IL) and Sen. Menendez (D-NJ), and by so many of their colleagues who have been calling on the Administration to reverse course. The extraordinarily brave women and children I’ve met in family detention facilities fled here for a chance of a better life. We must do better by them than to lock them far away from lawyers and social services in a jail dormitory with a pretty name.