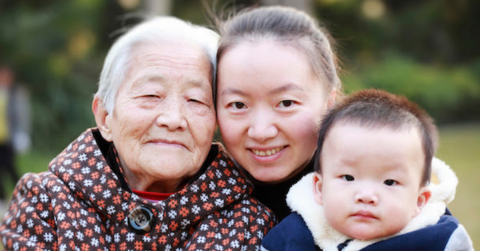 [Photo of a two women and an infant, all with a light skin tone. One woman has gray hair and one woman has dark brown hair.]

There are moments in life where family must come first and you shouldn't be denied unemployment because of it. But Washington's laws don't reflect the caregiving roles that many of us take on in our families nor do they set reasonable standards for working parents struggling to find childcare.

We're building MOMentum to change Washington's unemployment insurance laws -- help us by adding your name to a petition calling on the Washington State Legislature to take action.

Unemployment insurance is something a lot of us don't think about until we need it most. These benefits are a critical safety net for families who need a stop-gap between jobs. But our unemployment laws, like many of our laws, weren't written with family caregiving in mind and that has big consequences for working families, and too often, for working moms.

Click here to add your name in support of updating Washington State's unemployment laws to give more flexibility for family caregivers.

Washington moms like Kelly know this first-hand. In 2017, Kelly, a Washington mom of 2, lost her job as an office manager. She shared her story alongside the Washington Unemployment Law Project during a hearing in the State House earlier this year. To make ends meet while she looked for a new job, Kelly applied for and started receiving unemployment benefits. While looking for a placement as an office manager, she accepted job at a restaurant server, but it was only after she accepted the job that she was told she’d be expected to report to work between 4:45 AM to 5:30 AM. That required waking her children up no later than 3 AM to take them to her parents house to get to work on time. Can you imagine?

Kelly quit just a few days into the job assuming she’d be able to once again receive unemployment insurance benefits until she found suitable work, but this time her claim was denied. Washington State determined that while Kelly had good cause to quit, she was not considered “available” to work. The reason is that restaurant servers, like many workers in Washington, are expected to be able to work 24 hours a day, and her need for appropriate childcare arrangements didn’t allow her to be available 24 hours a day, 7 days a week. Because of that she was disqualified for unemployment benefits.

As a result, Kelly was unable to pay rent and her family was forced to move in with relatives. As Kelly shared in a hearing earlier this year, “I’ve been ready, willing, and able to work 40 hours a week or more but as the laws are currently written I am not qualified for unemployment benefits since I like thousands of other families need to make reasonable accommodations for childcare. Washington State employment laws need to change to reflect this need.”

Here's what's going on: Under current law, you could be denied unemployment benefits in Washington if you quit your job to care for a family member. The state requires many workers to be "able and available" to work 24 hours a day, 7 days a week in order to receive unemployment benefits -- regardless of childcare or family care limitations. This is unacceptable. But we can change our state's outdated unemployment insurance laws to reflect our modern families, which include caregiving responsibilities for children and aging parents.

MOMentum is on our side. Just this week, a Minnesota mom, who was denied unemployment benefits after quitting her job due to losing childcare, won her case in court.

Just ten years ago, our nation fell into one of the worst economic disasters in history. Millions of families depended on unemployment insurance to help get them by. While the economy is in recovery today, another recession could always be around the corner, and it's critical that the laws overseeing our unemployment insurance system reflect the realities of today's working families.

Click here to raise your voice for a strong, modern unemployment insurance system that lifts us all.