Even though Pruitt is out, his replacement is just as bad for our health 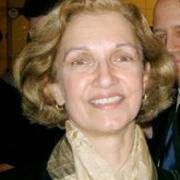 Hannah Banks
Share This
Add your voice to the comments

I grew up in Chicago in the 1960s, near Gary, Indiana’s steel mills. Air pollution was constant in my life - it was orange, thick, and scary. In summer, the smog hung over the city, thanks to frequent thermal inversions trapping the pollution. It smelled metallic and sulfuric, and like rust. It filled your nose, and burned your eyes.

In the early 60s, we had a snowstorm which buried the Midwest and shut down the steel mills. We saw and felt the difference. Instead of black soot coating the snow, it stayed white. That was unheard of in Chicago. Not only could we breathe better, the decreased pollution made the city look different.

I don’t ever want to go back to a time when you could see, smell, and taste the air. But I fear that under Trump’s Environmental Protection Agency, we will.

Even though scandal plagued Scott Pruitt has resigned, under his hand-picked deputy, Andrew Wheeler, the EPA just finalized plans to weaken commonsense clean car standards. These standards, set in place by President Obama, reduce tailpipe pollution from vehicles and save us money at the pump. But none of this seems to matter.

Pruitt’s team, now steering the EPA, has also just moved to take away the right of California and 12 other states--including our state of Massachusetts--to set stricter standards that protect public health. If he succeeds, Massachusetts residents will see even dirtier cars and dirtier air. Why? Because the political leadership of the EPA was molded by Scott Pruitt to give polluters whatever they want, even if it means turning the mission of the agency on its head.

Notably, Pruitt chose Wheeler, a former coal lobbyist as his deputy. You can bet he’ll continue to advance Pruitt’s dirty agenda that rejects science and threatens our health.

Beyond giving us cleaner air to breathe, clean car standards also save us all money on gas. I owned a 1999 Volkswagen that got 16.6 miles to the gallon in the city. Recently, I rented a Chevy that got 34 MPG in the city. If clean car standards remain in place, Americans could save $3,200 per car and $4,800 per truck over the lifetime of their vehicle. Reducing harmful pollution is not only good for our health, it also saves us money.

Bottom line: the Trump administration’s rollback of these standards doesn’t make sense for this country. I grew up when harmful pollution was a constant in my life; I’m afraid of going back there. Instead, we should build on the vast improvements we’ve made.

In his decision to roll back clean car standards, Pruitt confirmed that he values personal profit over the health, economic growth, and future of American families. He showed total disregard for the EPA’s responsibility to protect the environment and the health of our communities. Wheeler will do no better. When it comes time to confirm the next EPA Administrator, we need Congress to ensure they actually support the mission of the EPA to protect public health and the environment, not industry lobbyists who continue to advance Pruitt’s corrupt agenda.

Hannah Banks is a retired architect. She resides in Newton, Massachusetts, and was raised in Chicago, Illinois.