#EqualPayDay: Pay Gap in the Military 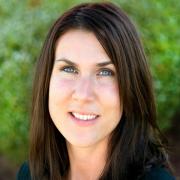 Sarah Howard
Share This
Add your voice to the comments

It's #EqualPayDay again, and as I started the morning catching up on the news, I noticed several references on social media about the "myth" of the pay gap. I get it, we all have different points of view. I share a view based on facts, research, and actual experience. However, I am optimistic that the responses about it being an outright myth are decreasing each year as our pay increases (coincidence?). One common theme amongst the folks that deem the pay gap a hoax, a myth set out to make women feel like victims - is that the pay gap also doesn't exist in the military.

At first blush, this appears a reasonable assumption and maybe even simple math - but my experience is that math isn't simple. The thought is that the military is structured in a way that soldiers are paid by rank and earn their rank (or commission) through time served, and education. However, there are other factors that determine your pay and promotability; for example, a soldier is paid more if s/he is married, has children, lives in a higher cost-of-living area, speaks additional languages, attends Airborne school, etc., and the soldier is more likely to promote to a higher rank depending on earned achievements/awards. The awards part is the kicker, so remember that one.

Historically, women have (until very recently) been unable to access high ranking positions within the military - this isn't for lack of drive or desire - it is for lack of access to the trainings and combat experience that only men have been privileged to. Women were not allowed to serve in front-line ground combat positions and train on special forces teams. Top officials and command roles require a certain amount of experience and achievement points in these types of positions. As with any job, inexperienced leadership can wreak havoc on projects. In the military, inexperienced leadership means the difference between life or death, and women can't gain the experience or earn the points if they are barred from training or from "front-line" combat. We are making progress. Positions are opening for women that have only been available for men, and as we see the gender switch in military leadership, I believe we will find it mirrors what we see with more women in any leadership role; be it Congress or Corporate, positive results follow. If a woman wants to offer her life for her country, I want her defending mine! I want her at the table making critical decisions, and I want her earning what her male counterpart earns!