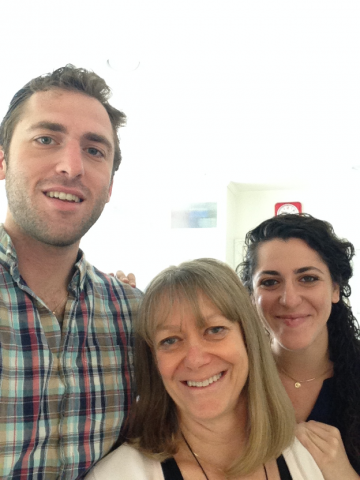 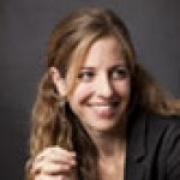 This blog originally appeared on May 22, 2014 as part of the Religious Action Center’s blog series “Double Booked: A Conversation about Working Families in the 21st Century.” Double Booked deals with the many issues that affect working families - from paid family leave to rights for home care workers - and features everything from personal stories to policy analysis. Visit the Double Booked web portal read more posts and subscribe for updates, or join the conversation on Twitter and Facebook with the hashtag #DoubleBooked.

In 1989, I co-founded the California Women’s Law Center with two friends, Sheila Kuehl and Jenifer McKenna, to work to change law and policy for women and girls.  Then, one horrible day in 1995, my world turned upside down when my twin sister Nina was murdered by her husband Ken Donney, leaving their two small children – Philip (7) and Laura (4) – to come to live with me in Los Angeles. Overnight, I learned what it was like to experience the stereotypes and the challenges I had been working to eliminate for others. I also learned a whole lot more.

That first year, my younger sister, Marjorie, cut short her tour of duty with the Peace Corps and joined me, Philip and Laura in my two-bedroom condo. I learned to share all over again.  We enrolled Philip and Laura in school, found them therapists, and I bought a house. Then Marjorie found a great job in San Francisco, and I was on my own. When she died of cancer in 2003, I lost my dearest friend and Philip and Laura suffered another incalculable loss.

Hillary Clinton may not have had my life in Los Angeles in mind when she first said, "it takes a village to raise a child," but I learned that Los Angeles was my village.  My friends had busy and important lives of their own, but when I asked for help (and boy was it hard for me to learn to ask for help!) they put everything aside and schlepped Phil to soccer games and Laura to play dates, and selflessly gave me the love, comfort and support I so desperately needed.

Nothing was easy. But nothing was impossible. I had to learn to cook -for children.  I tried making the things Nina had, thinking it would be familiar. But they refused to eat those meals — it brought back all too clearly that their beloved mommy was gone. I made up new recipes. I learned to be creative.

I learned to worry.  I still do this very well.

I learned that working moms have to make incredibly difficult choices.  I learned that no amount of explaining makes it easier to say no to your child. But I also learned that if you are 100% present when you are with them, they know, and that’s what really matters. I learned that people will say hateful and stupid things about single moms, and I learned to ignore them.  But it still stings.

I learned that sometimes there was nothing else I could do but take them with me.  So Philip and Laura learned how to charm a bunch of lawyers at a fundraiser.  If you’ve never seen a 6- and 8-year old work a room, you’ve missed something special.

I learned that it’s OK for your children to have only one after school activity – that just because everyone else is overbooked and over committed, they didn’t have to be.  I learned to accept that I was only one person, and I could only manage so much.  And even though they took only one enrichment class or played one sport, they both still graduated from great colleges — Phil from UCSB and Laura from NYU.  Yes, your first grader can drop piano lessons and still be a successful human being!

I looked at others with envy and thought they made parenting look so natural and so very easy, and I thought I was so inept. Then people began to tell me that I was that natural and easy parent and I learned that I had to trust myself.

Most important, I learned that children raised by single moms (and a village of friends) grow to be the most remarkable adults I have ever met.

Abby Leibman still lives in the village of Los Angeles where she is the President & CEO of MAZON: A Jewish Response to Hunger, Phil is a social worker with Child Protective Services, and Laura is an actor and writer.