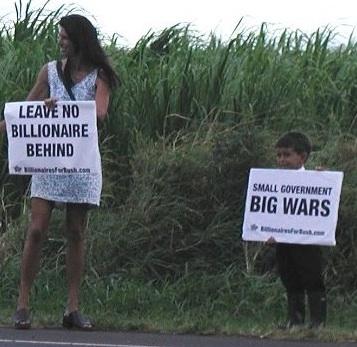 Don't Forget to Vote Tuesday, and on Wednesday, Start Thinking About Running

With the General Election coming up in two days (Tuesday, mark your calendars!), articles, blog posts, emails, and tweets have been focusing on the importance of the female vote -- as both key to particular candidates securing elections, and also as a way for women and parents to ensure that issues related to support of the family, gender equity, and the day-to-day living economy get the attention they deserve.

There's no question that the female vote determines elections.  Since 1964, the number of female voters has exceeded the number of male voters in every presidential race. And since 1984, higher percentages of eligible women have voted compared to eligible men, with 63.7 percent of voting-aged women casting ballots in 2012 as opposed to 59.8 percent of voting-aged men.

And yet, when it comes to issues that directly affect women and parents, and their ability to truly take care of their families -- paid sick leave, maternity leave, breastfeeding and pumping support, equal pay, flexible workplaces, affordable child care, living wages for caregivers, a fair minimum wage, and college costs, for example -- women's power in the voting booth has not been enough.

So while I love the #WhyImVoting hashtag, it's pretty clear to me that until #WhyI'mRunning is more of a thing, it's going to be an uphill battle to pass legislation that makes family life frankly more livable.

And it's not just about laws. Until more women run for office, male politicians will continue to view women and families as a special interest group. And the significance of women making up half the workforce and 40 percent of breadwinners, while continuing to be the primary household caretakers, will continue to be absent from political discourse.

On June 23, I attended the White House Summit on Working Families, where President Obama and the First Lady came together with other leaders and parents to address the impacts of inflexible and unsupportive work cultures on families and businesses.

My buddy at the Summit was Valerie Young from the National Association of Mothers' Centers, who recently posted in the Shriver Report:

"I'm passionately committed to the notion that our Congress and our state governments should be run by women as well as men...When mothers engage in public policy, it absolutely makes a difference in what problems are tackled, the priority in which they are placed, and the variety of potential solutions considered, debated and implemented."

And just last month, Young posted again at her blog site at Mom-Mentum:

"Caring for others, especially as a mother who usually bears more of the responsibility, puts you on the front lines in your community. You do the shopping, you know the stores, and what diapers cost. You make regular visits to the pediatrician, the childcare center, public playgrounds and libraries, the elementary schools. Being a mother positions you at the intersection of family life, local business, public spending, and forces your attention to the long term...

"It's that exact sense of inter-connectedness that positions us to be excellent leaders and policy makers."

I would broaden that statement to say that the skills of caregiving are uniquely suited to elected office. The truth is that many adults in addition to mothers and fathers have caregiving responsibilities -- whether for aging parents, spouses, or the children of others. And caregivers are most often women.

I live in Hawaii, which truly is the aloha state in many ways, and here we have a particular respect and love for ohana or family. Furthermore, earlier this month, the Washington Post declared Hawaii to be the best state for women.

Yet caregiving is clearly not valued as vital to our state's economy. In Hawaii, we still have a 17 percent gender wage gap, no mandated paid family or sick leave, and families struggle mightily with access and costs when it comes to both child care and higher education.

The word "economy" comes from the ancient Greek, oikos, meaning household. Yet when politicians speak about strengthening that economy, fundamental issues related to ensuring the health of our individual households -- and therefore the short-term and long-term stability of our communities -- often just don't come up.

This is not surprising considering that women and mothers are still primarily responsible for the household, and even in 2014, they are under-represented in elected office in Hawaii.

In the upcoming general election, "in the best state for women", out of eight candidates for governor and lieutenant governor, only the libertarian candidate for lieutenant governor is a woman. Out of four mayoral candidates in two counties, one is a woman, and she is the underdog challenger. (The other two mayors in Hawaii are not up for election, and they're men.) And of the house and senate seats up this election, the ratio of male to female candidates is about two to one. So the legislature, which is currently 69% male, could end up with even less female representation this session.

As a working parent -- a member of a critical voting bloc -- I am glad there are at least a few working mothers currently in our legislature with a view from "the trenches" of the inherent conflicts of raising a family while earning a living. And I know there are other women and men in office who are also caregivers and who understand the endless workarounds that all families go through on a day-to-day basis, as well as the future impacts and interconnectedness of decisions that are made today.

I also know that as a working mom, sometimes even just voting seems like too much.

But let's start there. #WhyImVoting is that we need to hold the mostly men who are in office accountable.

But assuming that's not enough and that in the next couple years, my husband and I figure out how to get two kids through college, maybe very soon I'll be able to say that #WhyImRunning is to join other women and mothers in elected office who want to make a difference for families and keep our economy strong.