Color Me Skeptical: Toward Tartrazine-Free Macaroni and Cheese 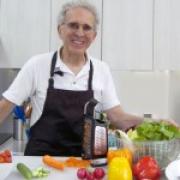 Would you like some disodium 6-hydroxy-5-((2-methoxy-5-methyl-4-sulfophenyl)azo)-2-naphthalene-sulfonate in your yogurt?

Well, you won’t find that mouthful of mumbo-jumbo on food labels.  But you will find it listed with the friendlier name of Red 40.

You might pass up a macaroni and cheese that contains the slightly foreboding-sounding tartrazine.  But if it (I’m looking at you, Kraft) has Yellow 5—with its reassuring official government number—surely all of us can be sure that these colorings have been exhaustively tested by the government and have been found to be safe.  Right?

It’s time to expose the rainbow of risks posed by Red 40, Yellow 5, and other synthetic petroleum-based food dyes.

For years, the Center for Science in the Public Interest and food safety officials in Europe have highlighted studies linking food dyes to hyperactivity and other behavioral problems in children.  The British government and the European Parliament have found that those concerns alone warrant getting dyes out of food; in the United States, though, CSPI has been urging the Food and Drug Administration to do the same—without success, I’m afraid.

But now after a close review of all of the major animal tests of food dyes, I fear these dyes may pose an even graver risk:  Cancer.

In fact, the Food and Drug Administration has recognized that one food dye (Red 3) is a carcinogen and that two widely used dyes contain cancer-causing contaminants, but has failed to take action.  In our new investigation, we found that Yellow 5 caused mutations in numerous studies and that most other food dyes have not been adequately tested.

Consider Yellow 6.  A rat study linked this dye to possible tumors of the adrenal gland and testicles (though the study wasn’t conclusive).  Neither of the two mouse studies tested the dyes on the animals in utero—which ensures that animals are exposed to dyes throughout their lifespan, including as embryos and newborns.  Moreover, like Red 40 and Yellow 5, it is contaminated with illegally high levels of benzidine and 4-aminobiphenyl, known carcinogens.  The FDA has done nothing.

Red 3 caused thyroid tumors in rats.  Back in 1985 the acting commissioner of the FDA said the dye was “of greatest public health concern.”  But the FDA did nothing.  Since then, companies have dumped five million pounds of the dye into our food.  Citrus Red 2 is used to color the skins of some oranges.  It has caused bladder cancer in mice and rats.  Yellow 5 and 6 cause occasionally severe allergic reactions.  Blue 1 also causes allergic reactions in some people, and the abstract of one unpublished mouse study says that the dye caused kidney tumors.

You’d think this track record would convince the food industry to use less, or even eliminate, these chemicals. Rather, each year manufacturers pour about 15 million pounds of dyes into our foods.  Per capita consumption of dyes has increased five-fold since 1955, thanks in part to the proliferation of brightly colored breakfast cereals, fruit drinks, and candies pitched to children.  (And of course, these dyes are often used to simulate the presence of missing fruits in fruit-flavored kids’ foods.)

I sometimes wonder if companies such as McDonald’s, Mars, and Kellogg prefer their British customers to their American ones.  In the United Kingdom, a McDonald’s Strawberry Sundae is colored only with strawberries, but in the United States it contains Red dye 40.  Kellogg Strawberry Nutri-Grain bars have Red 40, Yellow 6, and Blue 1 in the U.S., but use beetroot, annatto, and paprika extract as colorings in the U.K.  Starburst Chews and Skittles, both Mars products, contain synthetic dyes in the U.S., but not in Britain.

Frankly, we’d all be better off if we made honest-to-goodness vegetables, fruits, and whole grains at the center of our diets, and consumed much less of the packaged foods based on some combination of white flour, refined sugar, salt, or fat.  But I’m certain that if the geniuses at, say, Kraft, got together they could find a way to make Macaroni and Cheese without Yellow 5.  (In fact, one version meant for adults is dye-free).  But imagine what it would do for sales if they boasted on their classic blue boxes, “Hey Moms and Dads!  Now Tartrazine-Free!

Better yet, the Food and Drug Administration would beat the industry to the punch and reduce Americans’ cancer risk by banning these discredited dyes once and for all.