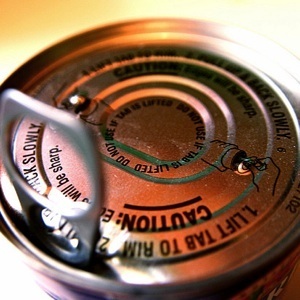 So many news stories that relate to children’s environmental health, it’s hard to keep up!

Late in the day last Friday, the Food and Drug Administration (FDA)announced that it would not place on ban on BPA in packaging because there wasn’t enough scientific evidence that it harmed humans. We wonder whether they’ve missed the volumes of studies finding BPA associated with some cancers, obesity, cardiovascular disease, and reproductive disorders. Manufacturers are moving away from the chemical even without FDA action. Last month, Healthy Child Healthy World and the Breast Cancer Fund announced that Campbell’s Soup was moving away from BPA in its cans, in part due to dropping consumer demand and public campaigns to eliminate BPA from foods targeted at kids.

Despite the FDA’s decision, concerned parents are vowing to reject BPA in products.Lori Popkewitz Alper, a blogger at Groovy Green Livin’ and a Healthy Child Healthy World Parent Ambassador told ABC Nightly News, “Moms are powerful. We’re not going to buy your products made with BPA. We’re not going to stand for it. It’s not fair. We’re talking about our children.”

Thanks to Lori for speaking for moms everywhere.

Last month, New York state banned TCEP, a toxic flame retardant chemical. The chemical joins TDCP or "Chlorinated Tris" which banned from children’s pajamas after the United States Consumer Product Safety Commission found it carcinogenic in the 1970s. As we reported previously, these chemicals keep popping up in other children’s products like nursing pillows and car seats—where they’re still legal to include.

Also in California, on March 20th, the news broke that the Arysta LifeScience had decided suspend sales of the pesticide methyl iodide—the equally toxic replacement to methyl bromide—which was primarily used on strawberry fields. The Monterey County Weekly reported that earlier that month, California Department of Pesticide Regulation Director Brian Leahy announced a $500,000 grant to the California Strawberry Commission toward research on farming with peat moss and rice hulls, rather than pesticides.

We are so proud to stand in partnership with the Just Label It campaign, which sponsored the petition telling the FDA to put a label on genetically modified foods. Passing the 1 million signature mark made history; never before have so many people petitioned the FDA on an issue. We are grateful to all of you in the Healthy Child Healthy World community for supporting right to know what's in our food so we can protect our kids' health. Thank you.

Increasing Rates of Autism Reported by Centers for Disease Control

Last week it was reported that 1 in 88 children has some form of autism spectrum disorder, an increase of 78 percent in the last decade, according to CNN The total number of US kids with autism numbers about one million. Boys outnumber girls with autism, with 1 in 54 boys on the spectrum. Environmental causes of autism are the subject of scientific inquiry, including two large studies by the National Institutes of Health. Healthy Child Healthy World Scientific Advisor Dr. Philip Landrigan is conducting a study about the impact of chemicals in the environment on the developing brain, exploring the possible links between toxic chemicals and autism and other diseases. Dr. Landrigan told New York Times columnist Nicholas Kristof, ““If babies are exposed in the womb or shortly after birth to chemicals that interfere with brain development, the consequences last a lifetime.” We will continue to follow this story that affects so many children and families.

Our friends at the Campaign for Safe Cosmetics reported the cosmetics industry dominated the first Congressional hearing in 30 years about personal care products and cosmetics safety. In essence, the industry is seeking to enshrine the status quo, which would make the current dangerous situation even worse by failing to protect the health of all of us who use personal care products and the workers who use products daily at nail and beauty salons. Lisa Archer, director of the Campaign for Safe Cosmetics at the Breast Cancer Fund wrote, “Essential public health protections could be set back another 70 years if industry gets away with writing its own laws that put industry profits over public health and handcuff states from taking action to protect people.” Stay up to date on the latest by visiting the Campaign for Safe Cosmetics.

Lead and Cadmium Found in Jewelry

A recent HealthyStuff report found that 59% of cheap jewelry sold at stores like Forever 21 and Target contained one or more chemicals—including lead, cadmium and arsenic—considered to be health hazards, Time reported.

And finally, a shameless plug for our new necklace, which launched this week bearing our motto, “no one can do everything; everyone can do something.” Crafted from recycled metals, it’s only $40 in our Shop to Give section and 100% of profits go to Healthy Child Healthy World!