Add your name to say “I am Still In” on Paris 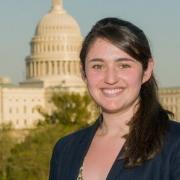 Claire Moser
Share This
Add your voice to the comments

This week, a diverse coalition of more than 40 environmental and progressive groups, launched “I Am Still In,” a citizen petition to tell the international community that President Donald Trump does not represent the American people on climate. Following the president’s reckless move last week to withdraw the United States from the Paris climate agreement, states, cities, businesses, investors, colleges and universities, and others are stepping up. They are working together to pursue ambitious climate goals and show the rest of the world that the United States remains a climate leader, regardless of the actions of the Trump administration.

“While every other country presses forward with bold climate action, President Trump is putting the American people, our economy, and our national security last. Citizens deserve the opportunity to step forward when their government won’t,” said Christy Goldfuss, vice president for energy and environment policy at CAP. “Now more than ever, it is critical that we collectively show that President Trump and his GOP allies can be isolated as the rest of the country—governors, mayors, businesses, and universities—acts on climate. They’re still in, and we are too.”

Since President Trump took office, hundreds of thousands of Americans have already voiced their opposition to withdrawing from the Paris climate agreement. This week, 350.org delievered a first round of petitions to the U.N. secretary-general.

Visitors to the website—IAmStillIn.org—will be able to sign a petition to say they’re “still in” and commit to reducing their own emissions, supporting action by states, cities, and businesses and holding members of Congress accountable.