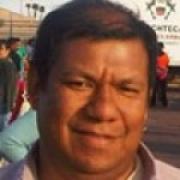 Pablo Alvarado
Share This
Add your voice to the comments

After his reelection, speculation quickly began about what the second term of President Obama will mean for immigrant communities. While we breathed a sigh of relief following the defeat of Mitt Romney's self-deportation politics, it would be irresponsible for us to return to 2008 levels of hope for change without first taking a critical look at President Obama's record and seeing concrete indicators that demonstrate his next term will be different. Especially for parents who may be feeling the relief of their children receiving deferred action but who themselves still live with the threat of deportation, the road ahead for our families and the path the President will take in the next four years is still undefined.

After more than 12 years on the national agenda, it is clear that the current U.S. immigration policy is creating a domestic human rights crisis, and there is now wide consensus about the need for an overhaul of federal immigration law. While legislative reform has become a centerpiece of conversation and its chances have improved following the last election, we all know that prospects in this next Congress are uncertain at best.

Meanwhile, the fight for immigrants' rights has shifted to the state and local level in recent years. The vacuum created by failure in Congress, the disastrous Homeland Security conscription of police and sheriffs as frontline immigration enforcers, and the enactment of odious, unconstitutional laws by southern states, all forced action at the local level -- by elected officials, by law enforcement agents, by community organizations and churches, by federal judges, and by immigrants themselves. Ultimately, people most directly affected by the unjust status quo found themselves needing to defend themselves and to support their neighbors. And as demands for tangible change at the local level grew, so did the immigrant rights movement.

In federal courts, immigrants have defended cherished constitutional values. In places like Cook County, Ill., and in Washington, D.C., very real advances were won when local governments fought back against unfair ICE hold requests. Local organizing energized new levels of grassroots leadership and civic participation, and it served as a powerful base around which to coalesce for regional and national demands. Out of this work, contradictions and dissonance between the Obama administration's rhetoric and the reality of its enforcement actions were exposed, and a new consensus was galvanized around the cold truth: many of the president's policies were making things worse.

We all know the president wants to do better. Free from election constraints, he can do better. The evolution by immigration hardliners on the issue of legalization is a welcome development, and we all wait with anticipation as the GOP leadership does its soul searching about changing demographics. In the meantime, the president's own policies must evolve too.

He can take six concrete actions immediately that will serve as indicators that the tide is turning:

1. Stop the quota of 400,000 deportations per year. A self-imposed deportation quota is not only morally wrong, it is fundamentally at odds with the president's goal of prioritized enforcement. White House officials have repeatedly said that deportation rates are determined by funding allocations made by Congress. However, the administration's past budget proposals have included such benchmarks. This is an objectionable, incorrect premise that must be immediately repudiated by the president.

2. Uncover the truth about the practice of immigration enforcement. Despite glaring evidence that belies his rhetoric, the president consistently claims his administration's enforcement practices are "smarter" than ever and that ICE prioritizes the removal of "gangbangers" (the immigrant boogeymen he conjured during the presidential debates). If the president's description were true, people like Jose Ucelo, a day laborer whose employer filed a false police report and had him arrested instead of paying him his wages, would not be facing deportation. The reality is that enforcement practices are as indiscriminate as ever. The president's second term grants him the opportunity to acknowledge and address reality instead of continuing to repeat the false propaganda coming from the Department of Homeland Security.

3. Terminate the dangerous "Secure Communities" program. People like Jose are being unjustly separated from their families because of the president's colossal decision to enlist local police as immigration "force multipliers." The Orwellian program known as S-COMM merges local law enforcement with federal immigration enforcement by fusing databases and tagging people for deportation before they've had due process. It has been a force multiplier of injustice. Much like Arizona's SB 1070, S-COMM casts immigrants under a cloud of suspicion, it takes a "detain first and investigate later" approach, it imperils civil rights, and it risks criminalizing an entire generation of migrants. The immigrant rights community is united in its opposition to this program, and many lawmakers, including the Congressional Hispanic Caucus, have called for its suspension. So have DREAMers and undocumented adults, who risked arrest outside the gates of the Democratic National Convention to drive home the simple message: "Our families belong together. It is police and ICE who should be separated." The president has the chance now to correct what will otherwise be deemed a mistake of historic proportions. He must end S-COMM without delay.

4. Change leadership at ICE and DHS. It has become obvious that the rogue behavior of immigration agents is a key factor to our country's immigration crisis. These insubordinate agents would rather fashion themselves in Arizona's image than conform to the prioritization envisioned by the president's stated policies. There is no worse offender than Immigration and Customs Enforcement Director John Morton, who has lied to Congress, lied to the American public, and intimidated local governments to prevent steps forward on policies of inclusion. He has written sympathy letters to hate groups lamenting the president's policies and has overseen the spread of deportation programs through intentional dissembling and disinformation. If the president is to move forward on immigration reform, he will need to clean house at DHS and ICE.

5. Bring Sheriff Joe Arpaio to justice. The people of Arizona have been calling for federal intervention in Maricopa County since 2007. The world has watched in horror as children were handed teddy bears to replace parents taken away in chains, ski-masked deputies perform unconscionable raids in Latino neighborhoods, and immigrants are subjected to rituals of humiliation. The response from the DOJ has been slow and often timid. There would be no greater mark of contrast in immigration policy in a second-term than a president who swiftly and unapologetically brings Arpaio to justice, places his office under receivership, and begins the process of truth and reconciliation that Maricopa County so desperately needs.

6. Grant lawful status to civil rights and labor leaders. No one denies that broken immigration laws have caused significant labor and civil rights violations. However, just like the coal miner is not to blame for the condition of the mine, undocumented immigrants are not to blame for the abuse inflicted on them. Immigrants should be provided affirmative incentives to report scofflaw employers and civil rights violators. Protections afforded to immigrant witnesses and victims of crime should be offered to immigrants who fight to level the playing field for all of us.

Much more work must be done to undo the damage that has been caused over the last twelve years, and ultimately Congress has the obligation to modernize immigration laws in order to bring them in line with our national values. But the president must set the debate off on the right track, and he should no longer feel the need to placate shameful nativists with a so-called "enforcement first" strategy. He has earned enough political capital to lead an honest and constructive debate, and the stakes could not be higher, for the president and immigrants. Four years from now, President Obama will either be remembered as someone who deported more people than anyone in history, or he will be remembered as the president who finally brought political equality to millions of citizens-in-waiting.