Working Mom and #MilSpouse Speaks Out for Tax Credits For Families 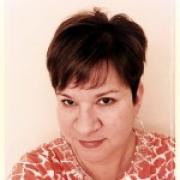 Rosalynda Segovia Thorn
Share This
Add your voice to the comments

Working moms are never off the clock. Our working days are bookended by packing kids’ lunches in the morning and reading bedtime stories at night. We put in a lot more than a full day’s work and every dollar we work for is hard earned. This is even more true for military families like mine. We know that every moment and penny counts and we gladly accept all the help we can get.

When my husband was enlisted in the U.S. Air Force for ten years money was tight. He was serving his country while making pennies and I was a stay-at-home mom. When we had our son we qualified for WIC and still managed to use up all the formula before the end of month. People don’t realize how little our Armed Forces earn each year—it’s appalling. The men and women putting their lives on the line defending our country are in fact living paycheck-to-paycheck. Lucky for us there were supports like the Earned Income Tax Credit (EITC) and Child Tax Credit (CTC). We used that money to pay our mortgage and bills. Our son’s daycare was very expensive and our monthly electric bill was sky high! We live a very modest life, well within our means. Even so, the EITC and CTC has been something we really counted on. Even now that we have both returned to civilian life, these tax credits give us a boost.

My story is not unique. For more than 21 million working moms across the country, including 1 in 4 military and veteran families, the EITC and CTC are important tools that help them make ends meet. By offsetting payroll and income taxes, these credits support work, increase wages, and reduce poverty. The EITC and CTC provide money that helps families like mine afford rent, gas, shoes for our children, and other necessities. When we make those purchases, we are also funneling money back into our local economy, which sorely needs it. In fact the EITC pumped about $7.3 billion into the California economy in 2012! That’s a big deal!

A program that boosts moms' household budgets and our state’s economy is an incredible success story on its own, but evidence also shows that the EITC and CTC have long-term benefits for moms and their kids, affecting their health and education.

For all these reasons I was deeply concerned when I found out that unless Congress acts soon, millions of families will lose some or all of the important benefits they receive from the EITC and CTC when key provisions of the programs expire at the end of 2017.

If Congress doesn’t act, about 1 million veteran and military families would lose all or part of their tax credit, and 3.7 million people in California, including 1.7 million children will be pushed into poverty. We need to prevent this.

2017 might seem like a long time from now but opportunities are presenting themselves now to make sure families are not taxed into poverty.

Senators Boxer and Feinstein will participate in major tax legislation negotiations this fall. Some members of Congress are already saying they want to consider tax breaks for wealthy corporations. I think they also must do something for California families and protect the EITC and CTC. Passing tax breaks for wealthy corporations but not working families just won’t cut it for California moms!

The EITC and CTC helped us make ends meet when we were struggling and we were extremely grateful that these tax credits were available to us. Eliminating these tax credits now would hurt so many hardworking families.