Women: Champions and Defenders of Our Nation’s Children 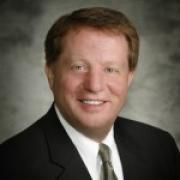 When it comes to public policy issues of importance to our nation’s children, female policymakers and Moms – not surprisingly – are typically more supportive and active on children’s issues than men, even as we all continue to work hard to enlighten more men so that children’s needs will become a “national priority” that leaders of both genders and both political parties will more readily champion.

The gender gap for children’s issues is also strong among voters, according to a recent poll by Public Opinion Strategies on behalf of First Focus Campaign for Children. As an example, Moms oppose cutting the Children’s Health Insurance Program (CHIP) in the federal budget by an overwhelming 82-13 percent (by more than 6-to-1). Although Dads also strongly oppose cutting CHIP (67-23 percent), the margin is 25 points greater among women.

This gap is most apparent when it comes to issues relating to Head Start and child care. By 66-34 percent, Moms oppose cutting Head Start. In addition, they oppose cutting federal funding to make child care more affordable to working parents by 61-36 percent. Meanwhile, Dads are evenly divided or even slightly supportive of cutting Head Start (48-51 percent) and child care (48-50 percent) to reduce the federal budget deficit. In other words, support for Head Start is 35 points higher and support for child care is 27 points greater among women than men.

The road we must still travel to get more men to better understand the importance of investing in early childhood education and the struggles that many families face in caring for their children while working is exemplified by last year’s debate on Head Start among the male-dominated county commissioners in Frederick County, Maryland. They voted to slash Head Start funding by more than 50 percent, and two male commissioners justified their vote by arguing that mothers should “stay married and stay home with their children.”

As a result of slashing all the county-level Head Start funding, low-income children in Frederick County families – like many localities around the country – now only receive Head Start services to children and low-income families with federal funding. However, now that, along with funding for children’s health, education, child welfare, child nutrition, and the Child Tax Credit and Earned Income Tax Credit for working families, is being threatened by efforts to reduce the expand tax cuts to wealthy Americans or corporations or to cut the federal budget deficit.

These types of trends are of deep concern to most women. As a result, by a 3-to-1 margin (58-19 percent), women believe the lives of American children have got worse rather than better over the last 10 years. And, 57 percent of women are not confident that life for our children's generation will be better off. They recognize that American children are no longer the healthiest, the most educated, and best-prepared kids in the world. They feel that what once was the American Dream -- the knowledge that our kids would have opportunities we could never even imagine -- is today the "American Challenge" to make that the reality once again.

Fortunately for kids, since they cannot vote on their own behalf, many women are closely following what the candidates say about children in this election. In fact, 82 percent of women (and 85 percent of Moms) say a candidate’s position on federal budget issues affecting children will impact their decision on whether to vote for that candidate or not. From what they have heard thus far, women currently give President Obama an edge over Governor Romney (43-32 percent) as to which candidate would better handle the issues of importance to children. However, it is important to note that 25 percent of women remain undecided on the issue and 61 percent believe that both candidates have not given children’s issues enough attention.

In addition to monitoring the issues of importance to children and families, those of us concerned about children should continue to push the candidates to give us more detail about what their plans are for ensuring the next generation of children is not left worse off. Although children represent one-quarter of our nation’s population, there were only a few mentions of children at the first presidential debate. One way to change that is to ask the debate moderators to actually ask questions about the problems facing real families with children in this country. Here is how:

Children cannot be left invisible in this campaign, as the stakes for their future and that of our nation are simply too high.