Without Economic and Safety Reforms, Immigrant Victims of Domestic Violence are at Increased Risk 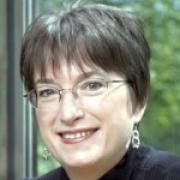 Domestic violence victims often describe feeling like prisoners in their own homes – beaten and controlled by abusive partners, silenced, isolated and shamed, without the protections or resources to leave and find safety. For immigrant victims of domestic violence, this sense of imprisonment is even more pronounced, because their abusers have additional weapons to use against them – their dependent immigration status or lack of legal status. They threaten victims with deportation and with having their children taken away, a powerful deterrent.

The isolation of immigrant victims of domestic violence is compounded by language and cultural barriers, as well as the fear that there will be consequences from seeking help (e.g. detention, deportation, separation from their children). Of course, anti-immigrant sentiment and misguided state and local immigration enforcement measures reinforce victims' fear, isolation and dependency on their abusers.

Immigrant victims' desperation is heartbreakingly evident in hundreds of emails we receive through our email helpline (www.WomensLaw.org) each year. Women want to know how they can live free from fear and violence, protect their children, and lawfully work to support them. Despite the danger, they reach out to us, looking for an escape route and hoping for answers.

Protections included in the Violence Against Women Act (VAWA) give us the tools to help many victims. For example, VAWA provides for a limited number of lawful status (U visas) to noncitizen crime victims who are assisting or are willing to assist the authorities in investigating and prosecuting those crimes. This allows noncitizen victims of abuse obtain legal status on their own without involving the abuser or notifying him of her whereabouts. Unfortunately Congress has limited the availability of U visas to only 10,000 per year, leaving many women stranded on a waiting list near the end of each fiscal year.

VAWA's landmark protections are the foundation of our nation's response to domestic violence against immigrant victims, and have allowed tens of thousands to escape violent homes. Yet VAWA alone does not address all of the barriers. Through comprehensive immigration reform legislation (CIR), Congress has the opportunity to unleash the true potential of the VAWA protections and address the persistent barriers to justice and freedom that victims face. For starters, CIR could increase the number of available U visas to 15,000 per year, providing relief to many more victims of abuse.

There is also economic injustice for immigrant victims. Those who seek U-visas and other similar protections often wait over a year for the final decision, and are unable to obtain work authorization during this visa-process-limbo. This inability to work makes them more vulnerable to exploitation and forces many women to choose between working to buy food and shelter for themselves and their children -- or continuing to remain dependent on their abusers. Such a lack of economic stability threatens women's ability to care for her children and can reflect negatively on her in custody proceedings.

Non-immigrant women who leave abusive relationships often rely on critical safety‐net benefits in the transition from crisis to stability – critical benefits that are denied to U visa applicants for five years. In particular, victims tell us about their urgent need for safe and affordable housing – a place to call home while they rebuild their lives. Currently, though, immigrant victims face unnecessary barriers in accessing these services, especially public and assisted housing. When victims are finally able to escape violence and abuse, it is inexcusable that economic barriers act to keep them in harm's way.

We can and must change these barriers through CIR. With the right resources, abused immigrant women can take charge of their lives, building safety, security, justice and stability for themselves and their children.