Will They Still Love Us Tomorrow? Women and the Foreign Policy Debate

Last week was “women’s week” in the presidential debate, and the candidates fought over the girls in their stump speeches at every stop afterwards. Monday's face-off moves on to foreign policy; the women in the binders and the equal pay issue will likely be left in the paper shredder along with last week’s talking points. Foreign policy is “men’s territory,” so the talk will turn to terrorists, who-knew-what-when, and the ever-popular nukes ‘n sabres. But should it?

Women ought to be front and center in any foreign policy debate. The plight of women in Afghanistan was one of the main justifications “W” gave for going to war in the first place. And after we demolished Iraq, much was made of the fact that women have equal rights with men in the new constitution (a perk U.S. women have yet to achieve). But the women in Afghanistan have gone backward in the last few years, and women all over the Middle East are suffering under Islamic fundamentalism. Even our nominal “ally,” Pakistan, can’t seem to locate the men who attempted to murder 14-year-old Malala Yousufzai for daring to say girls should be educated.

No society is safe as long as its women are not safe. No society can thrive, and no democracy can take hold when 50% of its population is imprisoned under burquas and behind closed doors. Yet we tolerate and enable national leaders like President Hamid Karzai of Afghanistan, who signed a law that legalized marital rape, forbade women to leave the house without permission, and condoned the withholding of food from wives who refuse sex.

∙ Earlier this month a 20-year-old Afghan girl was beheaded by her in-laws, for refusing to become a prostitute. Her mother-in-law and a hired man cut off Mah Gul's head in the province of Herat.

∙ In July, the world was shocked by an amateur video of a burqa-clad woman sitting on the ground while a man standing a few feet away shot her nine times before a cheering mob. She had been falsely accused of adultery.

∙ On October 19 Human Rights Watch sent a letter to Secretary of State Hillary Clinton, literally begging her to press the Afghan government on women’s rights, and to provide funding to protect those rights that is comparable to the money for training Afghan National Security Forces.

Clinton has without doubt been a strong advocate for the women in Afghanistan, but it's not up to the Secretary of State, whoever she might be. We were all reminded in last week's debate where the buck stops. The guy at the top has to take leadership. Are either of the candidates ready to do that on the female issues in foreign policy?

Americans (including this one) are sick about the pointless war in Iraq that cost $4 trillion  and 162,00 lives  and sick of the war in Afghanistan. We can’t stay forever, and we can’t completely dislodge the Taliban. But we can put some conditions on the corrupt government that looks the other way or pleads impotence against the Taliban abuse and murder of women and girls. The $16 billion in economic aid pledged by the U.S. and other allies can’t come with no-strings-attached on the issues of women’s safety, girls’ education, and money for women to thrive economically through the small business enterprises that could come with increased security, freedom to travel, and the right engage in everyday commerce.

But will any of this matter to the boys on the stage on Monday, the moderator included? Will the word “woman” cross their lips at all except for “men and women in uniform?”

Don’t bet on it. Women are so last week. 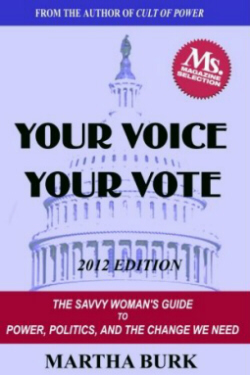 A version of this blog originally ran on Huffington Post.