Why the Maryland DREAM Act is a Boost to Local Economy, Country 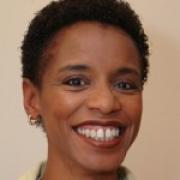 Donna Edwards
Share This
Add your voice to the comments

The 2012 elections were historic for many reasons. One of the most significant, yet unheralded, achievements was the passage on the ballot of the Maryland Dream Act, which enables children to qualify for in-state college tuition regardless of their immigration status. The Maryland Dream Act will help our local economy build stronger communities, keep talented individuals in the state to strengthen our economy, and give all hard-working students an opportunity to achieve the American Dream.

The Act gives Maryland children who are undocumented and were brought to this country through no fault of their own the opportunity to attend college and further their academic careers. While laws exist that require all U.S. residents to have access to K-12 education regardless of their immigration status, children of undocumented immigrants have long been locked out of a college degree by having to pay two- to three-times the tuition rate paid by other Maryland students. In addition, many of these students do not qualify for scholarships or other financial assistance.

By granting these young people the same opportunities as other Maryland students, Maryland is doing right by these children, our children, and making the smart financial decision for our state. As Maryland faces a shortage of nurses, teachers, and other essential professionals, we should be encouraging more young people to further their education. Many of these young people are bilingual and have a strong work ethic proven by holding down jobs even while attending high school—such a vital talent pool should not be wasted. Maryland’s further investment in higher education will reduce spending on social safety net programs and increase the taxpayer base. In Texas, where a similar law was enacted, every dollar invested in higher education yielded more than five dollars for that state’s economy. That is a great return on investment for our state.

Critically, the Maryland Dream Act will keep our young people in school. The right to qualify for in-state tuition means students will stay in high school knowing that attending college is an affordable option. By supporting hard-working students, Maryland will make more inroads towards alleviating problems that have long plagued our community, including teen pregnancy.

I voted for the DREAM Act when it came to a vote on the House floor. While the bill ultimately did not pass the Senate, it did not mean an end to our efforts, as we saw in Maryland. The public’s support of the Maryland Dream Act (it received an astounding 58 percent of the vote) will help lay the groundwork for a broader, necessary discussion on immigration reform in Congress. We have already seen signs of this from Republicans who believe they can no longer stand in the way of comprehensive immigration reform. President Obama will sign the DREAM Act and he will sign comprehensive immigration reform. We need to do our job in Congress and get the votes.

I am inspired by the dedication of our state to serve as a role model for the nation to pass its own DREAM Act. Our young students from diverse economic and cultural backgrounds rallied in support of the ballot initiative and did the work necessary to be successful on November 6. By circulating petitions, organizing in communities, raising awareness, and working the polls on Election Day to garner support for Question 4, Maryland became the first in the country to pass such an act by popular vote. Now, more than ever, it is time for all of us to roll up our sleeves as a country, follow the example set by the great state of Maryland, and make The DREAM Act a reality for our nation.