Why My Immigrant Minority Friends Voted for Trump 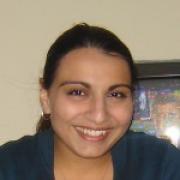 Phoebe Farag Mikhail
Share This
Add your voice to the comments

Although it was often tempting, I did not “unfriend” anyone during this US presidential election. Despite my deep disagreement with President-elect Trump and his campaign, I have many friends and neighbors that supported him and voted for him, and I understand why. Many are concerned about Supreme Court appointments. Many are pro-life. The media is also now “discovering” the communities all over the country with legitimate grievances about the economy. But there are other groups—minority groups--that voted for Trump, and their significant reasons have nothing to do with bigotry.

I live in an area of Northern New Jersey that has a large population of Syrian Christians. This vibrant community has watched fearfully as the civil war in Syria decimated its Christian population despite having lived side by side peacefully with Muslims for centuries. No one is immune to the reports of what ISIS has done to the Christian minority community there. As oppressive a regime as Assad’s is, his regime left the Christians alone and offered them some level of protection. In the current civil war they are caught in the crossfire of the rebel groups, the government, government allies like Russia, and ISIS. In addition, while Syrian Christians make up about 10 percent of the Syrian population, only half of one percent of the Syrian refugees resettled in the US are Christian.

The majority of the Syrian Christian population are dead set against the Obama administration’s role in Syria, including the role Secretary Clinton played. They are against arming rebel groups the way Clinton has described, and they are against further destabilizing the Assad regime. Again, they are not loyalists – as one of the most ancient Christian populations in the world, who still speak Aramaic, the language Jesus spoke--they just want to survive. In contrast to Clinton, Trump articulated a plan for Syria that does not include regime change.

The fears of the Syrians are further fueled by the Obama and Clinton actions towards Egypt. Many Egyptian-Americans, mostly Coptic Christian but including some Muslim Egyptian Americans, supported Trump because they cannot forgive the role the US played during the Egyptian Revolution in 2011 and in 2013. During the 2011 ouster of Hosni Mubarak, the US government hesitated before indicating any support for the revolutionaries. Once the Mubarak was ousted, the US government, under Secretary Hillary Clinton, started meeting with leaders of the terrorist linked Muslim Brotherhood even before votes were cast in Egypt’s presidential elections.

Rightly or wrongly, many Egyptians and Egyptian Americans fully believe that the US administration was behind the rise of the Muslim Brotherhood in Egypt, and one of the byproducts of its leadership was the intimidation of Egypt’s Christian minority, which also makes up 10 percent of Egypt’s population. This backing came despite numerous reports of vote rigging and voter intimidation by the Muslim Brotherhood members towards Christians and anyone, frankly, who disagreed with them. When millions of Egyptians took to the streets on June 30, 2013, to oust the Muslim Brotherhood regime, the US administration considered it a “coup,” angering many Egyptians, and halted US aid to Egypt. The US-Egypt relationship has since cooled considerably despite the resumption of military aid, and any enthusiasm for Hillary Clinton’s candidacy by Egyptian Americans, especially Christian ones, also cooled.

Hillary Clinton’s role in backing Egypt’s Islamist regime is linked to her role in backing Syrian rebels. It is no secret that the government of Qatar supports the Muslim Brotherhood, and Clinton email revelations show that Clinton that she was well aware of Qatar and Saudi Arabia’s clandestine support for ISIS. Nonetheless, her foundation accepted donations from those same governments. For Syrian Christians watching ISIS destroying Syria and fearing for their families’ safety, a vote for Clinton was a vote for the annihilation of their community in Syria.

I strongly disagreed with President Obama and Secretary Clinton’s policies in the Middle East, but I have been against US policy towards the Middle East since I knew the definition of the word “policy,” and that dates back to George H.W. Bush. President Obama inherited the biggest Middle East foreign policy mistake in history, the war on Iraq, which is what sowed the seeds of ISIS in the first place. So I did not vote for Trump, but I don’t blame the family and friends that did vote for him.

I am not sure how many of these voters swayed the election towards Trump. Many Syrian and Egyptian communities live in big cities, and states with those cities went to Clinton.

But for my friends who are concerned that the number of Trump supporters in their cities and towns might be closet racists and bigots, please remember that no, many of them voted for Trump because no racism, sexism, or bigotry he spewed during his campaign compares to the hatred and pure evil their families face daily in the Middle East. For them, his win was a sigh of relief and a beacon of hope.

Knowing this about many family and friends, throughout the election my husband and I were always very careful to explain to my children, ages 7, 4, and 1, that there are people who have different views on who would make a better president.  Some people believed that Trump had better ideas and experience, while others believed that Clinton had better ideas and experience. I explained clearly and in terms appropriate for their ages why I thought Clinton was a better choice, without discrediting the people who thought differently than I do – because I know those people personally.

On Wednesday morning, my son woke up and asked who won the election. Bleary eyed from the late night, I told him Donald Trump won. He seemed disappointed, but when we stood up together for our morning prayer and asked God to help Mr. Trump be a good president, my son added, “Please God give Donald Trump good ideas so he can be a good president.” My daughter then added, “And please give Hillary Clinton another chance next time.”

I hope that now that the election is over, we can adopt some of their optimism by remembering that what looks like a dark reality for some people is a ray of hope for others. As I plan to support for Trump policies towards the Middle East that end the violence and bloodshed, I plan to stand firmly against any policies that would exclude anyone from feeling safe in this country. My own family suffered from discrimination and violence as Christian minorities in Egypt and are thankful to be able to worship and practice our religion freely in the United States. Everyone in the US should be able to exercise this right without fear of discrimination. Otherwise, we will start to look like the very hateful terrorist groups we claim to be fighting against.