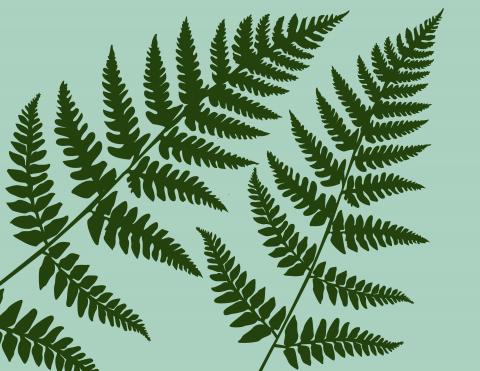 Why it's Worth Remembering Olmsted and his Trees Right Now 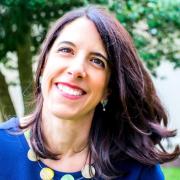 Florence Williams
Share This
Add your voice to the comments

A couple of times this month, I’ve marched with my 13-year-old daughter and other chilly people, including at The Women’s March on Washington. It convened near the southwest lawn of the U.S. Capitol and proceeded – in fits and starts - down Independence Avenue along the edge of the national mall.

In the act of walking together, we made a statement and did something that helps us feel marginally better about an election that perhaps didn’t go our way. Walking this particular route, imbued with history, monumental architecture and open green space, connected us to each other and, as science is now telling us, also helped us recover from anxiety and stress.

This winter, both benefits of being outdoors- social connection and relief from stress - are needed as never before. Nobody is sure how exactly it works, but the outdoor effect seems to be real. When we stand in the presence of something greater than ourselves, we are more motivated to be generous to others and to experience communal feelings. There is a reason societies build cathedrals and monuments. But these days, researchers estimate that 75 percent of our experiences of awe come from the natural world.

It’s fitting that these Capitol grounds were designed by Frederick Law Olmsted, a man known for his love of trees, giant boulders and grassy meadows, but less known for his deep insights about the relationship between democracy and public greenery. Olmsted understood a central irony: we need nature to achieve civilization.

“Is it any doubtful that it does men good to come together in this way? in pure air and under the light of heaven?” he asked in an address before the American Social Science Association in 1870. And back then, he also had an empathic understanding of the plight of women, who were, he believed, unfairly deprived of access to the great outdoors. Well-designed city parks could be havens for them, especially, and their children.

Born in 1822 in picturesque Hartford, Connecticut, Olmsted was a restless polymath. He worked as a surveyor, apprentice seaman, farmer, journalist, mine manager, social critic and Civil War administrator. Among other things, he reported extensively on the poor conditions and inefficient economics of the slave-holding south for New York newspapers. But his love of landscape never left him, particularly the rolling mixed pastures and forests of his youth.

It was during a tour of gardens and parks abroad in 1850 that something big clicked for him. In a suburb of Liverpool, he stopped at Birkenhead Park, which happened to be the first urban green space in Britain created with public funding and open to everyone (other parks were donated by royals and sometimes access was restricted). This being England, it rained. Olmsted sought shelter in a pagoda. He was amazed at the novel site. “I was glad to observe that the privileges of the garden were enjoyed about equally by all classes…a large proportion were of the common ranks…”

At the time, major American cities were experiencing a massive influx of immigrants from all over the world.  Olmsted recognized that public parks could be instructive crucibles for social mixing as well as much-needed release valves for the emotional stresses of crowded urban living.

By the time he and Calvert Vaux submitted their award-winning plan to create New York’s Central Park from scratch in 1858, Olmsted recognized that public parks were an overlooked yet critical ingredient of the great American experiment. He even sent posters and maps of Central and Prospect Parks to doctors and ministers for their ailing, underserved patients and congregants. Parks could heal them while also teaching them to co-exist civilly. And it wasn’t just city nature that he championed, but also our unique heritage of wild nature so central to forming the American character.

As corporate, industrial interests were beginning to claim the forests and plains of the once-vast continent, Olmsted made a remarkable plea to protect what would eventually become the first national park: Yosemite.

Just a few months after the Civil War ended, he wrote his report to the California legislature on Yosemite as a healing, unifying and quintessentially American space. "It is a scientific fact that the occasional contemplation of natural scenes of an impressive character … not only gives pleasure for the time being but increases the subsequent capacity for happiness and the means of securing happiness.” Such relief from woe, whether in city parks or nature preserves, he believed, was critical to “our ability to maintain a temperate, good-natured, and healthy state of mind.”

Today, summer nature programs are bringing together Palestinians and Israelis, therapists are taking feuding families into the wilderness and college freshman from vastly different backgrounds bond during orientation hikes.  Members of Congress would probably be working much harder for the public good - and getting along - if they picnicked outside once in a while.

As many Americans face an intense level of political stress unknown in their lifetimes, it’s worth remembering Olmsted’s old park prescriptions. Today, science is backing him up. A 2011 systematic review of 11 studies found evidence that walking in outdoor, natural settings led to “greater feelings of revitalization and positive engagement, decreases in tension, confusion, anger, and depression, and increased energy…” Just what we need in these times.

Hillary Clinton herself has been frequently spotted hiking in the woods this winter (see the amusing and oddly comforting Twitter hashtag #HRCInTheWild). As we set out from the trees on last month and in the weeks since, we thought of her, and each other, and the democracy we cherish.

Florence Williams is the author of The Nature Fix: Why Nature Makes Us Happier, Healthier and More Creative (W.W. Norton, 2017).